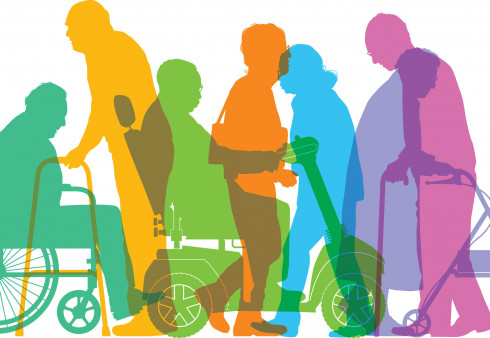 In this special issue dedicated to aging with HIV, our cover story explores the intersection of living with HIV and limited mobility.

It has been 30 years since I tested HIV positive. I found out I had the virus the day after my 22nd birthday, in 1992. The journey from that moment to the present one seems a lifetime and also a blink of an eye. Such is aging.

A few years ago, I questioned whether I should own the term “long-term survivor.” Well, I’ve mostly shed those reservations. Thirty years of living with this unwanted virus should be enough time for anyone to stand tall in claiming to be a long-term survivor. Yet I still hesitate.

The distinction I retain is the fact that I haven’t experienced the worst aspects of living with HIV for three decades. I’ve not been immune to the stigma and discrimination, but when it comes to my physical suffering, I must say that the universe has spared me the side effects of early HIV drugs and challenges such as opportunistic infections and the mental harm of losing all my friends, as so many did a generation before me.

So I remain humble in claiming the phrase “long-term survivor.” That said, I know a thing or two about living with HIV and limited mobility. I’ve had back issues for decades. As I’ve aged, those concerns have only grown. Thankfully, I do not yet require a walker or a wheelchair, but I do know that the possibility of needing those tools is not as far off as it used to be.

In this special issue dedicated to aging with HIV, our cover story explores the intersection of living with HIV and limited mobility. Our cover subject, Yolanda Santana, is proof that such obstacles don’t have to stop people who have the virus from living their lives. Go here to read more about supporting inclusion.

Another great example of aging with HIV is Milton Garcia Ninja. Now 52, the artist, cartoonist, voguer, dancer and choreographer was recently honored with a Visual AIDS Vanguard Award. As he tells POZ, he is proudest to be an Icon in the Legendary House of Ninja. Go here to read more about how he rises above HIV.

Living with HIV is a burden, but not necessarily one that is carried alone. When it comes to how we define long-term survivors, many folks also include those who are HIV negative and have experienced the trauma of the AIDS era. Although Hollywood director and producer Lee Daniels doesn’t call himself a long-term survivor, it could be argued that he is one, as you’ll see after reading our profile of him here.

Aging with HIV includes reflecting on the history of the disease. For decades, posters have urged people to protect themselves and others. Three recent exhibitions emphasize the pivotal role these posters have played since the beginning of the epidemic. Go here to read a conversation between the curators.

COVID-19 had stopped in-person gatherings such as the United States Conference on HIV/AIDS (USCHA). So we’re grateful that this issue will be distributed at the 2022 USCHA in San Juan, Puerto Rico. ¡Saludos!