Saturday, April 10, marks National Youth HIV & AIDS Awareness Day (NYHAAD) 2021. Traditionally, it’s a “day to educate the public about the impact of HIV and AIDS on young people,” according to the nonprofit Advocates for Youth, which spearheads NYHAAD. The group adds, “The day also highlights the HIV prevention, treatment and care campaigns of young people in the U.S.”

Although youth experienced an overall decrease in new #HIV diagnoses from 2012 to 2019, they still represented over 20% of all new 2019 HIV diagnoses. Read more this #NYHAAD: https://t.co/eFdz4K01ra pic.twitter.com/bC4mf9p2oG

The REPEAL HIV Discrimination Act aims to modernize HIV crime laws, such as those that set harsh sentences for people with HIV who allegedly don’t disclose their status before sex—even if they’re undetectable and HIV was not transmitted. (To read a collection of POZ articles about such laws and efforts to change them, click #Criminalization.)

You can support Advocates for Youth’s call to action by filling out an online form that will generate a letter to send to members of Congress.

Throughout the week leading up to NYHAAD, the advocacy group held several virtual events ranging from a discussion with transgender youth activist and model Jessica Zyrie to film screenings and talk-backs.

The NYHAAD website also includes media kits, downloadable social media images and a medical mentorship tool kit that helps young people living with HIV transition from pediatric care into adult care, which usually happens around age 25, when folks are vulnerable to dropping out of care.

For the latest statistics pertaining to HIV and youth, visit AIDSVu.org, which not only breaks down HIV data according to geography and various communities but also creates easy-to-understand graphics you can share, such as the ones embedded in this article. Regarding NYHAAD, AIDSVu writes:

Many youth who are at risk for HIV receive insufficient sex education and experience health-related inequities that are linked to low testing rates, high rates of sexually transmitted diseases and low condom use. These factors contribute to the fact that 45% of youth with HIV were undiagnosed and only 60% of youth with HIV were virally suppressed in 2018—the highest and lowest rates of any age group for those indicators. In 2019, despite a 4% decrease, youth still accounted for more than 20% of all new HIV diagnoses nationwide.

Among youth, communities of color are disproportionately affected by HIV more than other groups. Compared to their White and Hispanic/Latinx counterparts, young Black men and women experience greater rates of HIV.

The Centers for Disease Control and Prevention also offers HIV data on youth, African Americans, Latinos, the LGBTQ population and other groups, along with sample social media posts and graphics relevant to NYHAAD. 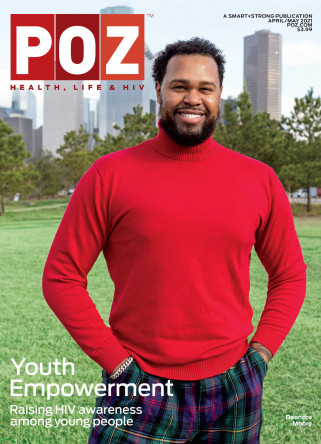 HIV awareness days take place throughout the year. For a list and details, see “2021 HIV/AIDS Awareness Days,” which includes a printable PDF.