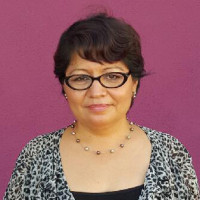 Silvia was living in Mexico City when she was diagnosed with HIV in 1991, but she traces the infection to a blood transfusion in 1986. For nearly two decades, she has dedicated both her time and considerable skills to HIV advocacy and prevention, notably for the Latino community and for women. (We bet she was a big influence on fellow 2015 POZ 100 honoree Grissel Granados, who is Silvia’s daughter!) Currently in Los Angeles, she works as a peer navigator at nonprofit AIDS group Bienestar, where she focuses on linking HIV-positive transgender women to care. When not at work, she’s busy coordinating community events, working on the Los Angeles Women’s HIV/AIDS Task Force, or being the public face of HIV campaigns—proving that HIV advocacy is more than a full-time job. 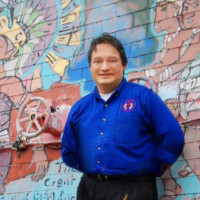 Steven has experienced firsthand the effect of AIDS on the Latino community. Not only did he test HIV positive, but he also lost both parents to the virus. That’s why he’s a dedicated agent of change. As Steven says, “It falls on us, the children, the current survivors of this epidemic, to pick up the torch, and not let the flag hit the ground.” He is a case manager with the Association for the Advancement of Mexican Americans, a mentor for the Dennis deLeon Sustainable Leadership Institute and a partner of the Latino Commission on AIDS. While working with the Latino HIV Task Force, Steven developed an HIV treatment cascade for HIV-positive Latinos in Houston, which helps track how well these individuals maintain care and viral suppression once they learn their status. 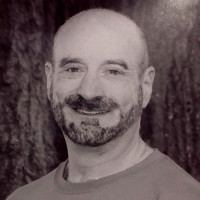 AIDS often takes center stage in Bruce’s work. His award-winning 2007 play, Lazarus Syndrome, which will get a second production this February in Richmond, Virginia, is about a long-term survivor, and his 1983 one-act play, Paint By Numbers, deals with the then-nascent epidemic. A segment of Lazarus Syndrome appears in the just-published anthology Art & Understanding, for which 80 writers reflect on the epidemic. Not shy of the spotlight, Bruce has performed his solo show, Decade: Life in the ’80s, across the country. Offstage, he was the director of the National AIDS Hotline and he worked for 10 years as an AIDS educator for the health departments of New York City and Massachusetts. When not working on his memoirs, Bruce is also a POZ blogger. 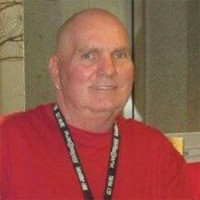 Like many other long-term survivors, when Sam was diagnosed with HIV he was told he had about 30 days to live. That was back in 1995, and the experience turned him into an advocate unafraid to speak out in the small, conservative town of Lancaster, Pennsylvania, where he continues to tell his story at local schools and LGBT groups. He has done everything from raising funds for AIDS causes to doing outreach to marginalized communities. He has also worked with the AIDS Community Alliance (formerly known as the Lancaster AIDS Project) and Teens Taking Charge. Today, Sam makes time to volunteer at the Lancaster General Hospital Comprehensive Care for HIV medical practice. 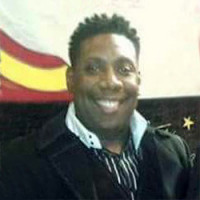 Everyone knows Auntjuan as “Mr. Community”—and for good reason. He is an energetic, compassionate voice for HIV-positive Texans. He hosts a motivational Internet radio show, In the Community. He also founded The Group, a support network for HIV-positive African-American men who have sex with men (MSM), and he launched the annual AIDS Walk South Dallas, which raises funds for AIDS service organizations and community-based groups. His advocacy has included work with the Dallas Syphilis Elimination Coalition, the Ryan White Planning Council, and the Angel Tree Ministry (for children whose parents are incarcerated). He’s also an ordained elder at Cosmopolitan Congregation of Dallas. Whenever events like National Black HIV/AIDS Awareness Day take place, Mr. Community always lends his voice to the cause. 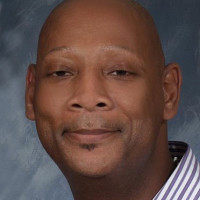 Mecklenburg County is the epicenter of HIV/AIDS cases in North Carolina. Luckily, residents have Jeffery battling on their behalf. As the supervisor of the county health department’s HIV/STD Community Testing and Outreach Program, and as a board chair of the North Carolina AIDS Action Network, he specializes in public education, HIV/STI testing, community-building and policy advocacy. Serving as an important bridge between elected officials, public health leaders, people with HIV and the general population, Jeffery has worked with and served on the board of the Charlotte Lesbian and Gay Community Center, and he’s an elder at the Holy Covenant United Church of Christ. 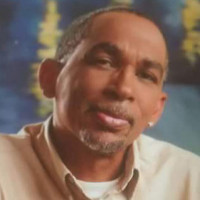 Ernest excels at helping others learn how to help themselves. As a peer mentor at Cicatelli Associates’ People Living with HIV/AIDS Leadership Training Institute, he teaches people how to actively participate in their health care. And as a peer educator at Rochester’s Anthony Jordan Health Center, he’s helping the underserved and uninsured attain better health outcomes. He volunteers at the Rochester Area Taskforce on AIDS and has worked on the Action for a Better Community’s Criminal Justice Initiative. More than a personal friend and mentor to many, Ernest is also a public face of the epidemic: He’s a spokesperson for New York State’s “HIV Stops With Me” campaign. 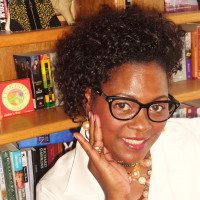 She’s the education, testing and outreach coordinator at First Step Wellness Center, but Acintia’s HIV advocacy extends throughout California (the state legislature recognized her for community involvement) and all the way to Ethiopia (where she helped set up the CDC’s HIV prevention program Sister to Sister). Back home, she’s an ally with Positive Women’s Network–USA, she co-founded the Woman 2 Woman support group for African-American women, she’s the previous chair of the Faith-Based Action Coalition, and she’s a ministry leader at Chosen Few Ministry. Oh, and one other thing: She’s the very proud mother of four college graduates. 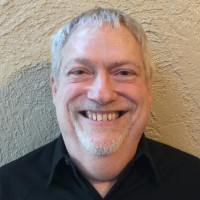 For decades, Mark has been showing folks in the Show Me State that HIV is not a death sentence. His life is bursting with HIV-related activities and projects in Missouri and beyond. He has led or co-facilitated support groups in Washington, DC, and St. Louis. This includes the 10-session Life Program, developed by the Shanti Project to help strengthen and protect the body’s immune system. By sharing his own story, he fights stigma and keeps the epidemic’s history alive. An ACT UP New York veteran who helped co-found the DC chapter in 1990, Mark remains interested in social justice issues. Drawing on his AIDS activism experience, he recently took to the streets of St. Louis to stage a “die in” for the Black Lives Matter movement.