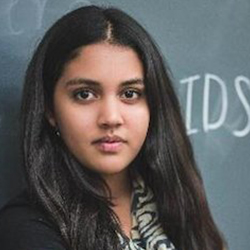 
As the national coordinator for the Student Global AIDS Campaign (SGAC), Amirah Sequeira is one of the driving youth forces trying to end the AIDS epidemic. Her work focuses on organizing and empowering young people to take political action against social injustice and on creating strategies for holding governments and corporations accountable. Amirah has been involved in AIDS activism since high school, where she trained young AIDS advocates in Canada. Amirah was co-president of the Columbia University chapter of SGAC, co-president of the school’s Universities Allied for Essential Medicines chapter, and a secretary and a representative for the Student Governing Board. She was also a founding board member for the student-run Journal of Global Health. Amirah was recently awarded the prestigious Gates Cambridge scholarship and plans to continue her career in political advocacy and grassroots organizing for global health and social justice. She is also a POZ blogger. 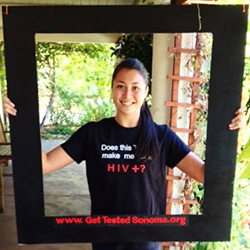 Claudia Sisomphou
Forestville, CA  |   19
HIV Negative
Claudia Sisomphou spends her Saturday mornings volunteering at Food for Thought, the Sonoma County AIDS food bank, where her charm has made her a favorite among the clients. For the past two years, she has poured her energy and skills into a multitude of tasks, including serving as an ambassador at the Dining Out for Life fundraisers. Claudia has applied her advocacy outside the food bank, too: On her Sonoma State University campus, she spearheaded efforts to get students involved in an anti-stigma campaign called “Does This Shirt Make Me Look HIV+?” 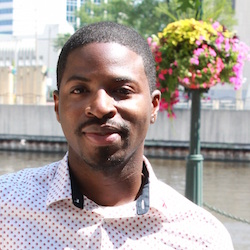 Charles Smart
Milwaukee, WI  |   26
HIV Negative
To combat the rise of new HIV cases of young black men who have sex with men (MSM) in the inner city of Milwaukee, the AIDS Resource Center of Wisconsin hired Charles Smart to facilitate the HIV and STI prevention program Many Men, Many Voices, also known as 3MV. As MSM prevention supervisor, Charles has led the 3MV program for the past four years, and the initiative has already achieved some of its five-year goals. Charles is also a 2014 ambassador for Wisconsin’s Statewide Action Planning Group, and he is the founder and executive director of Monroe Inc., an LGBT youth-focused nonprofit. By engaging and equipping the young MSM community with information about HIV, Charles is helping to reach a large number of individuals who are at the highest risk of contracting the virus. 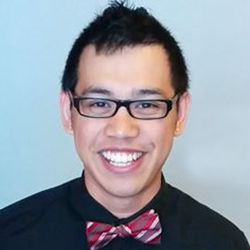 Narong Sokhom
Lynn, MA  |  25
HIV Positive
Narong Sokhom is the programs coordinator at BAGLY, the Boston Alliance of Gay, Lesbian, Bisexual and Transgender Youth, which is a youth-led and adult-supported organi-zation. In addition to developing programming, such as co-founding QTYPAD (Queer and Trans Youth of Pan-Asian Descent, pronounced “cutie-pad”), he also coordinates leadership development curricula and organizes advocacy initiatives. Previously, Narong worked at Massachusetts Asian and Pacific Islanders for Health, where he educated young people about sexual health and LGBTQ issues. He spoke about his experiences living with HIV at the Massachusetts Statehouse on World AIDS Day (WAD) in 2012 and gave a WAD speech in his hometown of Lynn in 2013. Narong also received the Youth Initiative scholarship to attend USCA, which is organized by NMAC. 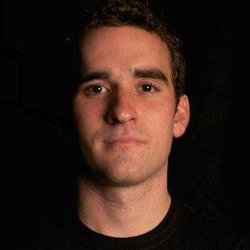 Tyler Spencer
Washington, DC  |  28
HIV Negative
In 2009, Tyler Spencer moved to Washington, DC, after spending time in South Africa, where he worked as a volunteer with an organization that used soccer to deliver HIV prevention messages to youth. Tyler came back home to the United States on a mission to teach at-risk youth about HIV prevention. After working with a crew of high school students in DC to adapt the South African sports-based program, Tyler recruited a group of 40 college athletes to help launch the Grassroot Project. The team taught HIV/AIDS lessons in three DC schools. Today the project boasts more than 600 NCAA student-athletes working to educate more than 3,000 youth in 43 public and charter schools about HIV/AIDS and to kick stigma and ignorance to the curb. 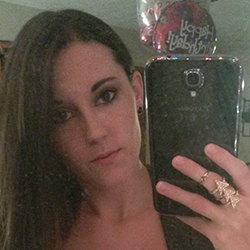 Kirstie Strong
Omaha, NE  |  23
HIV Positive
Kirstie Strong has been a part of the Nebraska AIDS Project since she was diagnosed with HIV at age 16. As a volunteer at the organization, she helped establish and now helps run a young adult support group, WHAAT! (Whoopin’ HIV and AIDS Together), which works to provide support and education to local young people affected by and infected with HIV/AIDS. Kirstie is known as a dynamic speaker in her largely conservative community who is not afraid to share her story about living with the virus or to break the stereotypes and stigma surrounding the epidemic. 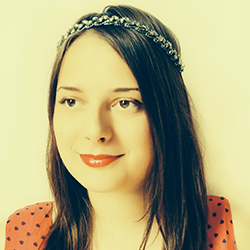 Anna Szczegielniak, MD
Chorzow, Poland  |  26
HIV Negative
Anna Szczegielniak recently graduated from the Medical University of Silesia and has been working in the field of HIV/AIDS for last six years. She started volunteering as a peer educator at her local chapter of the International Federation of Medical Students’ Association (IFMSA), then served as a local and national officer on reproductive health including AIDS. In 2012, Anna and IFMSA received a grant from MTV’s Staying Alive Foundation for their “Streetcar Called Desire” project, a nighttime tram that runs near popular clubs in Warsaw and Lodz and promotes HIV awareness. For the last few years, Anna has served as the Global Youth Coalition on HIV/AIDS’s regional focal point for Eastern Europe and Central Asia. Most recently, she was involved in Melbourne Youth Force and served on the subcommittee for youth programs at AIDS 2014. 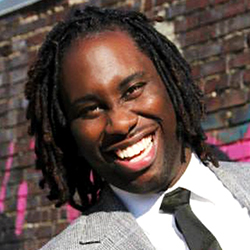 Marvell L. Terry II
Memphis, TN  |   29
HIV Positive
Five years ago, Marvell L. Terry II founded the Red Door Foundation Inc. in his hometown of Memphis to help address the city’s lack of HIV/AIDS services for young gay and bisexual black men. As the number of new infections in his community continued to increase, he helped bring together medical providers, case managers and national health organizations for a huge revamp of the city’s response to the epidemic. On the job, Marvell helps his clients identify barriers to medication adherence and issues with stigma and disclosure. He is an AVAC PxROAR fellow and also serves as the secretary of the Young Black Gay Men’s Leadership Institute, a national movement of young black men who have sex with men (MSM) that works to address the health issues disproportionately affecting their peers. 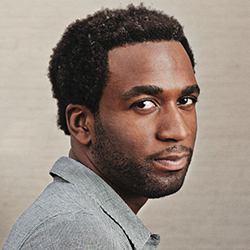 Michael Tikili
Brooklyn, NY  |   28
HIV Positive
Michael Tikili is the national field organizer for Health GAP, a U.S.–based group dedicated to eliminating barriers to global access to affordable HIV/AIDS treatment. He has been a leader in the Robin Hood Tax campaign, which would place a small tax on high-frequency Wall Street transactions that could raise billions to bolster the country’s social safety net, including HIV/AIDS funds. Michael also is a member of ACT UP New York and Queerocracy, a grassroots activism group focusing on global health and HIV/AIDS. He has a master’s degree in business management from Fuqua School of Business at Duke University. 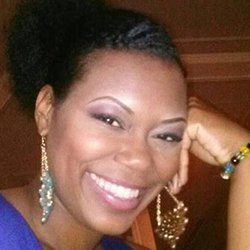 Masonia Traylor
Atlanta, GA  |  27
HIV Positive
By telling her personal HIV story in front of thousands of young people throughout Georgia, Masonia Traylor has become a well-known advocate and activist in her community. Originally from Decatur, she volunteers at AID Atlanta, serving on its community advisory board and helping to educate area youth about HIV/AIDS during the organization’s community enrichment programs. By helping out at HIV testing events and passing out safer-sex kits, Masonia sends out words of encouragement to young people like herself every day. The mother of two is studying nonprofit leadership at Georgia State University. 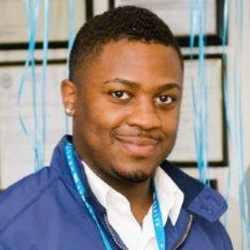 Lawrence Vinson III
Boston, MA  |  28
HIV Positive
Lawrence Vinson III used his experience as a case manager at Boston Medical Center and Codman Square Health Center to develop the Fenway Health SMILE Linkage to Care Program at the Fenway Institute. The program seeks out the best practices for linking, engaging and retaining HIV-positive youth in medical and psychosocial care. He also works in HIV prevention with the Connect to Protect coalition, which pushes for community mobilization among young people in urban areas across the region. It also advocates for structural changes in Boston’s public health and policy arenas. Lawrence is a member of the Boston Metropolitan Ryan White planning council and was appointed to the Massachusetts Commission on LGBTQ Youth. 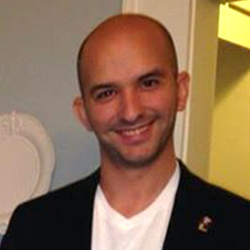 Cody Walker
Jackson, MS  |  26
HIV Positive
Regular HIV testing is a pivotal element in the fight against the epidemic. That’s why Cody Walker’s efforts are so important to the greater Jackson area. Cody is the director of the AIDS Healthcare Foundation’s mobile testing unit program. He and his tireless team travel the Mississippi region to encourage testing and then help link the newly diagnosed with care. He tears down stigma and ignorance by being open about his own positive status. When speaking at HIV educational events and public forums as well as on local radio and TV, Cody stresses the importance of testing and remaining in care and on meds. 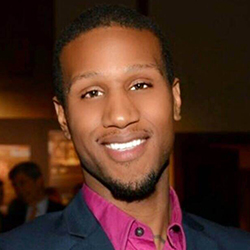 Jason Walker
Brooklyn, NY  |   27
HIV Positive
As a grassroots community organizer at VOCAL-NY, Jason Walker has helped bring together low-income people around the city living with HIV/AIDS to improve local laws and policies around access to affordable housing. With just two years on the job, he helped win an eight-year battle to ensure that formerly homeless New Yorkers living with AIDS wouldn’t have to pay more than 30 percent of their income toward their rent. Thanks to Jason, more than 11,000 members of his community can now remain in their homes, with access to quality health care and all the things they need to live healthy lives. This year, he is trying to expand those policies and lifesaving benefits to all New Yorkers living with HIV. 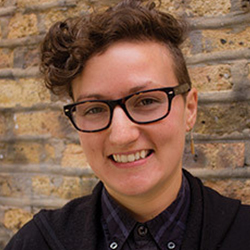 Cassie Warren
Chicago, IL  |   28
HIV Negative
Cassie Warren is a youth health benefits counselor at the Broadway Youth Center, which is a part of the Howard Brown Health Center. The Broadway Youth Center is a youth-centered space with services that provide multiple points of entry through drop-in, medical and testing, GED, behavioral health and evening programs. Cassie connects clients to health care and assists them with obtaining insurance and other health benefits. She is a founding member of Project Fierce Chicago, a collective of radical social workers, housing advocates and young allies who are working together to establish identity-affirming housing for youth in Chicago. Cassie serves on the Transgender Health Insurance Task Force and is an AVAC PxROAR fellow. She is also a founding member of the PROS Network-Chicago (Providers and Resources Offering Services to sex workers), a project of the Chicago chapter of the Sex Workers Outreach Project. 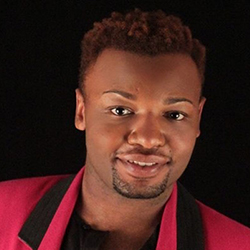 Edward “Eddie” Wiley
Memphis, TN  |  26
HIV Negative
“It’s not just the HIV that’s killing our community; it’s the stigma!” Anyone who works with Eddie Wiley has heard this statement. As the ARTAS outreach coordinator at LeBonheur Community HIV Network, he remains dedicated to erasing stigma and educating his peers. His secret weapons? A charming personality and beaming smile. Whenever a person tests positive for the virus, health care workers know that Eddie will be there within moments, radiating good vibes and empathy. He spends endless hours comforting and educating each client, happy to attend doctor’s appointments with them and put them at ease as they connect to and stay in care. A tireless ally, he offers those living with the virus in the Memphis area the healing balm of a trusted friend.