A year later, a survivor reflects on the aftermath of the Pulse mass shooting.

The one-year anniversary of the Pulse nightclub massacre in Orlando, Florida, is June 12. Forty-nine people were killed; 53 others were wounded. Most of the dead were LGBT Latinos, and many of them were of Puerto Rican descent. It is the deadliest mass shooting in U.S. history and the deadliest act of violence against LGBTs in our country. 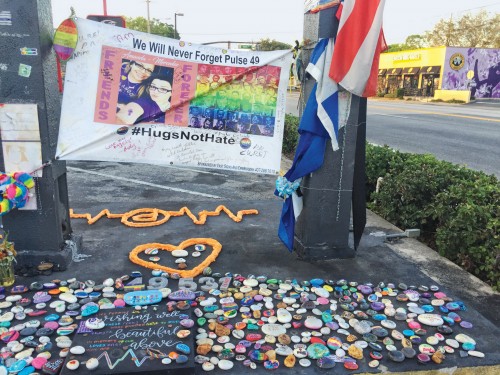 The shooter swore allegiance to the so-called Islamic State of Iraq and Syria (ISIS) during a 911 call before he was shot and killed by police. The CIA found no links between ISIS and the shooter, and rumors that he might have been gay were never substantiated by the FBI.

The FBI even went as far as confirming that the shooter was HIV negative to refute a claim made by an anonymous man on Spanish-language TV network Univision. Wearing a disguise, the man claimed that the shooter felt rejected by gay Latinos and feared that they had exposed him to HIV. This claim has also never been substantiated.

What is clear is that the shooter committed this horrible act on Latin party night at Pulse, which served the community for 12 years and had become a center for HIV prevention, immigration rights and breast cancer awareness. The owner named the club in memory of the heartbeat of her older brother, whom she lost to AIDS in 1991. 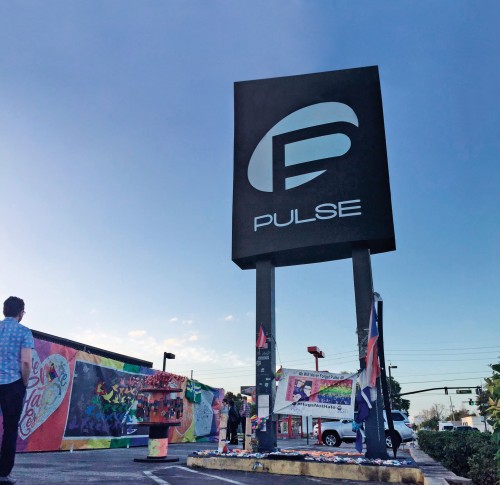 Thankfully, many patrons survived the attack. Among them is Ricardo J. Negron-Almodovar. The 28-year-old HIV-negative Puerto Rico native moved to Central Florida in 2015. He was licensed to practice law in Puerto Rico, and before the shooting, he was a canvasser doing voter registration for the Hispanic Federation, a Latino advocacy group.

He is now the director of Proyecto Somos Orlando (Project We Are Orlando). Powered by the Hispanic Federation, the project provides long-term bilingual and bicultural support to people affected by the Pulse shooting.

Services include mental health and legal assistance, case management and crisis intervention, as well as individual and group counseling. Located in Orlando, the project also provides education on LGBT issues, such as gender identity, sexual orientation and anti-homophobia.

After escaping the nightclub, Negron-Almodovar posted on Facebook that he was safe. The news media quickly found his post, and he became a go-to source for reporters covering the tragedy. He has since put his media experience to work for the Human Rights Campaign, an LGBT advocacy group, which featured him in a digital campaign urging LGBT Latinos to vote. Here, POZ speaks with him for an update on the situation in Orlando.

What’s it like to work with other survivors daily?

I’m not going to lie and say that it’s super easy every day. It’s not. Last year was very difficult, especially when an influx of people were applying to the OneOrlando Fund, which distributes donations from around the world to survivors.

We would help them fill out the form. There is a section where people have to write about what happened to them. That was particularly difficult. There are highs and lows. 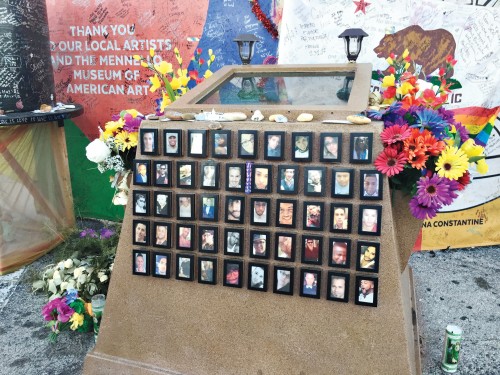 How have you been managing on a personal level?

I used to be an English teacher for an immigrants’ program, so after the shooting I went back to that. It was my way of coping: by keeping myself busy.

Eventually, I was ready to seek my own mental health counselor. Here I was, telling people that we were offering it, but I wasn’t doing it myself. It’s been terrific for me.

How are local LGBT Latinos coping?

Our case managers have told us that many people have let them know that they have been engaging in HIV risk behaviors in terms of substance use and sex.

On top of the shooting, other stress factors have come into play for some survivors, such as language barriers, immigration status and dealing with coming out to their families.

In addition to referring clients to one of our partners for mental health services so they don’t have to pay, we have agencies come in to offer safer-sex workshops. We do condom crawls across the city, and we have HIV testing every week. 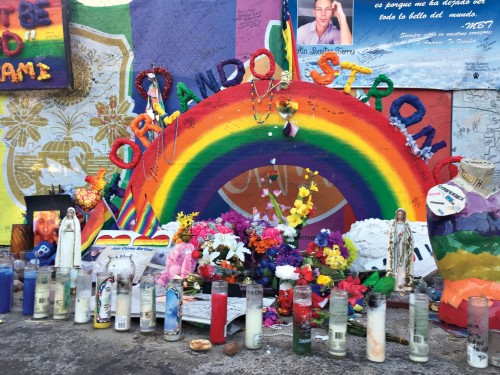 What has been the effect on Puerto Ricans on the island, as well as on the Puerto Rican community living stateside?

uerto Ricans are an interesting community, but overall, you could say we are very conservative in terms of LGBTs.

Some advances were made in the past few years in terms of legal protections for LGBTs in Puerto Rico. After Pulse happened, there were monuments made there.

Many communities came together because they realized that those who lost their lives were somebody else’s children or brother or sister. They were members of the community. They were people you knew. There was a lot of unity, but there’s still a lot of progress to be made.

There is a big Puerto Rican community here in Orlando. We’re still a little bit isolated from each other. You will see generational gaps between organizations of people who have been established here for decades and people who are newly arrived. They still don’t know how to connect. 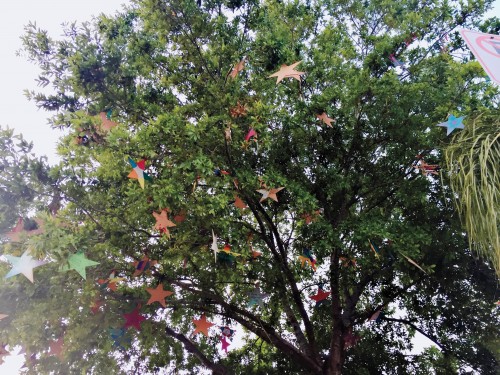 What do you hope for as the anniversary approaches?

The city has named the anniversary Orlando United Day and declared June 12 as a day of love and kindness. There will be many activities for the community to come together.

There will be several art events. Actually, some of the best ways the community has come together are through murals, paintings and concerts.

We want the events to be uplifting and respectful of the lives that were taken and their identities. It’s time to celebrate each other more and uplift our stories.