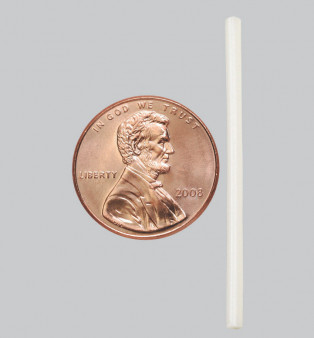 An islatravir implant that can be replaced just once a year could one day be a convenient new option for HIV pre-exposure prophylaxis (PrEP). While daily oral PrEP and every-other-month injections are highly effective, longer-acting methods could be an attractive alternative. Merck scientist Randolph Matthews, MD, PhD, presented findings from a study of an implant containing three doses of the experimental nucleoside reverse transcriptase translocation inhibitor at the Conference on Retroviruses and Opportunistic Infections. The study included 36 men and women at low risk for HIV. The matchstick-sized implants were inserted under the skin of the upper arm and left in place for 12 weeks. The highest-dose implant produced protective drug levels for 16 weeks, including four weeks after its removal. The researchers projected that this implant should release adequate levels of islatravir for almost all individuals for more than a year. Merck plans to start a Phase II trial to further evaluate the implant.