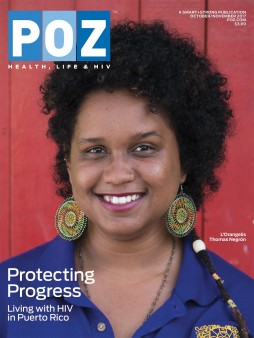 Our October cover story on Puerto Rico was published just days before Maria made landfall, leaving many of the estimated 19,000 people living with HIV on the island without electricity, food, drinking water, internet access and even meds. As reporter Rod McCullom wrote, the island’s much-improved response to HIV was facing major challenges because of an economic crisis, job losses and deindustrialization. Then came the storm. What’s more, according to The New York Times, pharmaceuticals and medical devices are Puerto Rico’s main export. As such, people across the United States may experience shortages of drugs—including HIV med Prezista—as a result of hurricane damage.