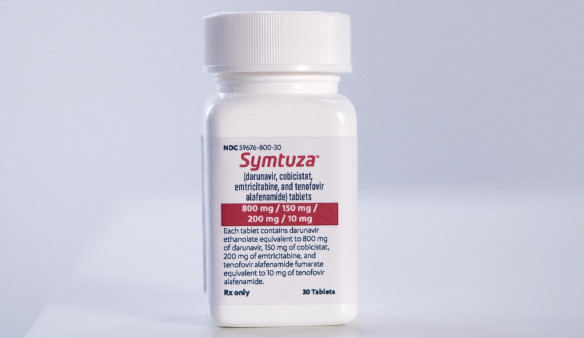 After patients found the wrong pills in their HIV prescription bottles, Johnson & Johnson filed a lawsuit to stop counterfeits.

Imagine picking up your lifesaving HIV meds from the pharmacy and then opening the bottle to find tablets that look suspiciously different and turn out to be powerful antipsychotic pills. That’s just one consequence of a counterfeit drug distribution ring involving HIV meds manufactured by Johnson & Johnson (J&J) and its subsidiary Janssen, according to Reuters.

After clients alerted Johnson & Johnson to the problem, the drugmaker filed a lawsuit against several distributors and a pharmacy, aiming to halt the sale of the counterfeit meds. The complaint, which was made public in April, follows a similar lawsuit filed by Gilead Sciences, another manufacturer of HIV medications.

Defendants in the J&J lawsuit include ProPharma Distribution, Safe Chain Solutions and Scripts Wholesale, which are distributors, and I Care Pharmacy 14, which operated a now-shuttered store in New York City, plus the business owners. J&J seeks at least $25 million from each defendant, according to Reuters.

In July 2021, Gilead sued alleged illegal drug distributors; in August of that year, the pharma giant warned the public of the counterfeit meds. Gilead said that over $250 million in counterfeit HIV meds (mostly of its drugs Biktarvy and Descovy) were sold at pharmacies in the United States in the past two years. In January, a federal judge in Brooklyn unsealed the civil suit. Three months later, it was reported that the Justice Department was also investigating the alleged drug trafficking network. In addition to medications made by J&J and Gilead, the federal probe also includes counterfeit HIV drugs produced GlaxoSmithKline, reports Fierce Pharma.

Gilead stated earlier this year that “based on our actions, we believe that we have successfully stopped these defendants from distributing additional counterfeit versions of Gilead medication to patients.”

In December 2020, Janssen warned the public that counterfeits of Symtuza had been found in three U.S. pharmacies. It stressed that the pharmacies had used distributors not authorized by Janssen.

Symtuza is a single-tablet regimen, meaning that it is a complete one-pill, once-daily treatment for HIV. Symtuza includes Janssen’s protease inhibitor darunavir plus Gilead Sciences’ boosting agent cobicistat as well as the nucleoside reverse transcriptase inhibitor emtricitabine and the nucleotide reverse transcriptase inhibitor tenofovir alafenamide. The Food and Drug Administration approved Symtuza for HIV treatment in July 2018. For a collection of content in POZ about the HIV drug, click #Symtuza.