Investigators have created a consortium in an effort to yield HIV cures through stem cell transplants similar to the cure achieved in the Berlin Patient, the man whose HIV and leukemia were cured following a pair of stem cell transplants, and to closely study such cure attempts. The EpiStem Consortium presented an update of its program at the 21st International AIDS Conference in Durban, South Africa (AIDS 2016).

The consortium seeks to aid clinicians who have HIV-positive patients in need of stem cell transplants in finding donors who, like the donor in the case of the Berlin Patient, have a genetic abnormality called the CCR5 delta-32 mutation, which causes a natural resistance to HIV infection in immune cells. The consortium also provides counsel on related ethical guidelines, the stem cell transplant procedure, sampling procedures and how to study the persistence of the virus after the procedure.

The investigators are seeking to determine whether along with the CCR5 delta-32 mutation, certain factors may help eradicate the viral reservoir, including a regimen that conditions the body for the transplant, total body radiation and a phenomenon called graft versus host disease, which is a negative bodily reaction to the transplant.

The consortium has searched for the CCR5 delta-32 mutation in almost 30,000 umbilical cord blood units in numerous European blood banks as well as in more than 1,000,000 adult donors. It has also registered 20 HIV-positive people with an array of blood cancers.

Since 2012, 15 HIV-positive members of the registry have received stem cell transplants, including five who received a transplant with a CCR5 delta-32 mutation, one with a heterozygous mutation and nine with a wild-type CCR5 gene, meaning it lacked the delta-32 mutation. In three instances, the donor cells were from cord blood; in the other cases they were from an adult donor.

The CCR5 is a pair of genes that spurs the development of the CCR5 coreceptor on the surface of immune cells onto which most HIV latches in order to establish infection. A homozygous CCR5 delta-32 mutation involves mutations on both genes, while a heterozygous one has only one such mutation between the two genes. The Berlin Patient’s own genetic profile showed that he was heterozygous to the CCR5 delta-32 mutation; his donor was homozygous. Researchers are not certain whether the Berlin Patient’s heterozygous state influenced the success of his cure.

Five individuals have thus far spent a year or more in follow-up after their transplants, and nine have died following the transplants. All five surviving individuals are on antiretroviral (ARV) treatment. A preliminary analysis of blood and tissue samples of the five surviving individuals shows that they have very low levels of HIV reservoirs. The researchers presented to the AIDS 2016 conference in-depth analyses of three of these individuals, each of whom received their transplants more than three years ago. Investigators have not been able to measure infectious HIV in the blood of two of them and can find only a trace of the virus in tissues.

Because all six surviving individuals are still on HIV treatment, the researchers do not yet know whether they are cured. They would have to stop treatment so researchers could monitor them for viral rebound and otherwise try to detect signs that the virus may yet emerge. 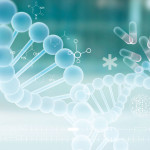 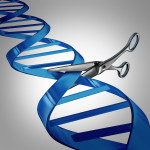