Robert Scott, MD, a highly respected American HIV/AIDS physician, died of complications arising from blood clots on October 8, 2009. Scott was a well-known and well-loved doctor who worked in the United States and in Africa. He was 65.

For more than 25 years, Scott ran the only HIV-focused private practice in Oakland, California. He cofounded two AIDS organizations in that city: AIDS Project East Bay, the oldest and largest AIDS organization in Oakland, and the Allen Temple Baptist Church AIDS Ministry.

Scott was the first African-American physician licensed to practice in Zimbabwe. In the past decade, he treated nearly a thousand HIV-positive Zimbabwean patients in the Harare and Mutoko communities.

All the patients in Zimbabwe were treated free of cost through the AIDS Ministry, which also provides free HIV meds to clinics and material support to the Mother of Peace AIDS Orphanage in Mutoko.

Scott was featured in POZ’s June 2008 cover story, “A Tale of Two Cities,” which compared the HIV/AIDS epidemics in Oakland and San Francisco. POZ mourns his passing.

Many of you remembered Scott with comments on poz.com:

Like many others, Dr. Scott helped me through many years of my HIV treatment. He went so far beyond what other doctors were willing to do. I credit him, in part, for my still being here and in good health. He gave to so many irrespective of the time it took. He always had a good word and a smile and [was] ever the optimist. He will be so missed by many of us.

I met Dr. Scott when I was 19, after my HIV diagnoses. It was a traumatic time in my life to say the least. I was welcomed into his practice by his friendly staff, which quickly felt like family to me. He helped me cope and was a truly excellent and caring physician and even kept in touch with my parents during my treatment. Thanks to him I am as healthy as any other 22-year-old. I am shocked and saddened by his sudden passing. He died doing what he had a passion for, and he will always be remembered.

Dr. Scott was a hero locally and globally. As a patient of his for 16 years, I owe my longevity to his wise treatment and advice. He arm-wrestled insurers, insisted on an in-office phlebotomist, offered pro bono counseling services and always made time for a personal check-in. How many docs have such tenacity?

I am very saddened by the news of Dr. Scott’s passing away. I knew him in Zimbabwe, and he will be very sorely missed by the many people he helped there. I hope the funeral service in Oakland will be an occasion of joy for a life well lived and gifts shared across the world. 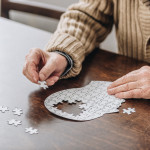 My memory is terrible, especially when it comes to remembering names. Is this a symptom of Alzheimer’s? 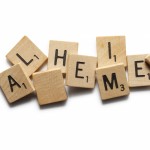 My memory is getting worse. Could this be a symptom of Alzheimer’s disease?

Braving Cognitive Decline: Can People With HIV Fight Back?