(Alleged) Crime and (Harsh) Punishment
“Sex Crime” (October 2009) explored the issue of criminally prosecuting HIV-positive people for not disclosing their status before sexual encounters—even when no transmission occurs.

I’m one of six women who participated in the case against Philippe Padieu, who received a 45-year conviction in Texas for assault with a deadly weapon (his bodily fluids). I don’t advocate for criminalization of HIV, but in this situation he outright lied about his status. Philippe was served two court orders to cease and desist putting people in danger, and he ignored the warnings and our pleas. I think such extreme cases must be pursued. I have no doubt he intended to kill us.

Why must we lay blame? If you’re negative, take steps to stay that way. Ask your partner’s status. If you engage in behavior that puts you at risk, then the possibility of transmission is something for you to own. Your partner’s lack of disclosure is a sad excuse for your failure to take care of yourself. Always assume your partner is positive and behave in a manner that suits your definition of safer sex.

In the 1993 film Philadelphia, Tom Hanks’s character proclaimed, “The prejudice surrounding AIDS exacts a social death which precedes the actual, physical one.” Unfortunately little has changed since 1993, and the social stigma backed by widespread fear still prevails worldwide. Criminalization of HIV only fuels the stigma by sending a message that HIV is something to be feared. It blows me away that many of my HIV-positive friends feel unable to disclose to their family and friends.

AIDS Denialism
POZ blogger Joseph Sonnabend, MD, wrote about the film House of Numbers, an AIDS documentary. His column resulted in a heated debate about the film’s messages. These two comments were posted to his blog entry.

“The AIDS industry is a disgusting fraud. It isn’t medicine, but a fascist control of ideas that are now ideology. Sonnabend lets everyone know that AIDS is not science or a free-speech zone. If it were a free-speech zone, critics wouldn’t be called murderers and denialists, and the industry would be open to self-examination.”

“Many denialists seem to confuse their own right to free speech with an obligation for the rest of us to listen. It is important not to allow denialists to spread disinformation that threatens personal and public health.”
A Positive Tale of Disclosure
“The Tales of Hofmann” (October 2009) was an excerpt from POZ editor-in-chief Regan Hofmann’s recently released memoir, I Have Something to Tell You. The book is a chronicle of her 10-year journey of disclosure.

I was so encouraged by the article that before World AIDS Day [December 1], I am announcing my HIV-positive status to my church congregation. I was finally able to share it with my two teenage sons, who embraced me, told me they loved me and want to be there for me when I tell everyone. 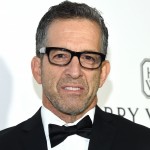 Kenneth Cole’s amfAR Chairmanship is Over