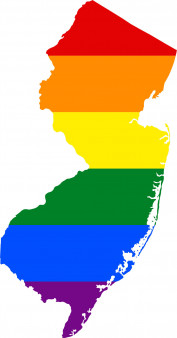 Having a Senior Moment

A New Jersey law prohibits discrimination in long-term care facilities based on HIV status, sexual identity and other qualities.

Long-term care facilities in New Jersey cannot discriminate against seniors who are living with HIV or identify as LGBTQ, thanks to a law signed this year by Governor Phil Murphy. Lawmakers for the District of Columbia approved a similar bill, but the legislation still requires congressional approval.

In a little more than a decade, as many as 4.7 million LGBTQ elders—many of them living with HIV—are expected to be seeking long-term care and services. A survey of those already in such facilities found that only 22% felt they could be open about their identity, and 89% expected they would be discriminated against; 43% already reported mistreatment.

To hold such facilities to account on their treatment of queer residents, two of the leading LGBTQ rights organizations—the Human Rights Campaign and SAGE (Services & Advocacy for LGBT Elders)—have collaborated to create the Long-Term Care Equality Index, a tool to score how fairly such facilities treat LGBTQ clients, visitors and employees.