British Columbia offers solid, real-world evidence that the treatment-as-prevention strategy (TasP) can successfully fight the HIV epidemic: The upswing in use of antiretrovirals (ARVs) in the Canadian province has been linked to a marked drop in new infections. Studying both HIV-related health and medication data from registries across the province covering 1996 to 2012, researchers found that as ARV use rose dramatically between 1996 and 2012 new HIV diagnoses dropped by 66 percent, from 702 to 238 cases. There was a 42 percent drop in estimated new HIV infections, from 632 to 368. Mathematical models suggest that each increase of 100 people taking ARVs led to a decrease of annual new HIV cases of 1.2 percent. Also, for each 1 percent rise in the number of people with a fully suppressed viral load as a result of ARVs, new HIV cases dropped by 1 percent. 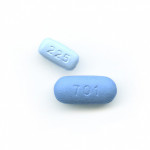 Which HIV Prevention and Care Interventions Are Most Cost Effective?