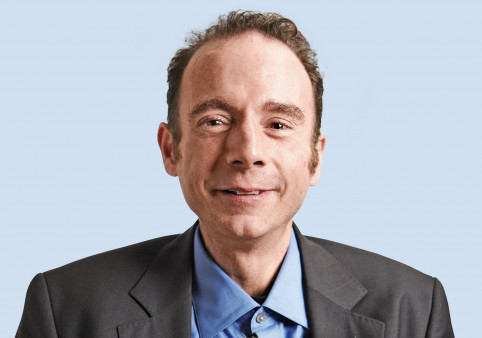 Brown, formerly known as “the Berlin Patient,” died at his home surrounded by his partner and friends.

Timothy Ray Brown, the first person cured of HIV, died September 29 at age 54 at his home in Palm Springs, California, after battling a recurrence of the leukemia that led to his HIV remission.

“Timothy committed his life’s work to telling his story about his HIV cure and became an ambassador of hope,” Brown’s partner, Tim Hoeffgen, said in a Facebook post announcing his death.

It is with great sadness that I announce that Timothy passed away at 3:10 pm this afternoon surrounded by myself and...

Brown and Hoeffgen told the public about Brown’s illness in an interview with Mark S. King published last week.

Brown began to experience symptoms last fall, and tests early this year revealed that his cancer had relapsed, according to Hoeffgen. At the height of the COVID-19 crisis, he underwent chemotherapy and radiation, but the treatment was not effective, and the side effects proved intolerable. He stopped treatment this summer and entered home hospice care.

An avid traveler, Brown was living in Berlin when he was diagnosed with HIV in 1995. He was on antiretroviral treatment with well-controlled HIV when he was diagnosed with acute myeloid leukemia in 2006, which would require two bone marrow transplants. His hematologist, Gero Hütter, MD, then at the University of Berlin’s Charité Hospital, had the idea to use stem cells from a donor with a rare genetic mutation known as CCR5-delta32 that blocks HIV from entering cells.

After the bone marrow transplants led to sustained HIV remission, Brown’s case was described in a poster at the 2008 Conference on Retroviruses and Opportunistic Infections (CROI) and written up in medical journals but received little attention outside the field. 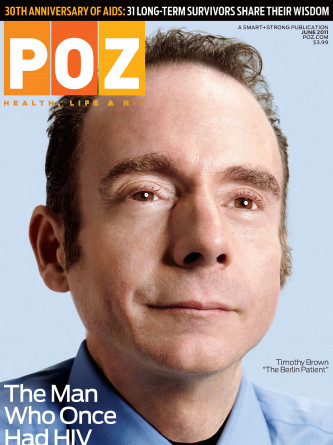 Brown moved back to the United States in 2010, and in June 2011, he went public with his identity as the Berlin Patient in a POZ cover story.

So very sad. Timothy Ray Brown, the first person cured from AIDS, known as The Berlin Patient, died yesterday from...

Despite his shy demeanor, Brown became a tireless advocate for HIV cure research, speaking at many AIDS conferences and participating in interviews with journalists worldwide. As he had long wished, he finally got a chance to speak with another person widely regarded as having been cured of HIV: Adam Castillejo, “the London Patient,” whose long-term remission—also following a bone marrow transplant using stem cells with the CCR5 mutation—was first reported at CROI 2019.

Bone marrow transplants are far too risky to use as a routine cure approach for people who don’t need them to treat life-threatening cancer. But Brown’s case was proof of principle that HIV could potentially be cured, and it inspired researchers worldwide to explore other ways to make immune cells resistant to HIV or enable the immune system to control the virus.

“Timothy Brown cut the Gordian knot in terms of HIV elimination and cure,”Hütter told POZ. "After the ’c’ word had been spoken, a bunch of other approaches and techniques evolved, either related or not to CCR5, focusing on an HIV cure, and there were a lot: different gene therapeutic approaches, zinc fingers, the Boston Patients, the Mississippi Baby, the VISCONTI cohort, the Chinese CRISPR-Cas9 babies, etc….Timothy is still the inspiration for any HIV-related [cure] research, and this will last until the day a cure for HIV has been found."

“Timothy was a champion and advocate for keeping an HIV cure on the political and scientific agenda,” cure researcher and International AIDS Society president-elect Sharon Lewin, PhD, of the Doherty Institute in Melbourne said in a statement. “It is the hope of the scientific community that one day we can honor his legacy with a safe, cost-effective and widely accessible strategy to achieve HIV remission and cure using gene editing or techniques that boost immune control.”

To the end, Brown continued to spread his message of hope. Asked what final message Brown wished to convey, Hoeffgen told King, “He said, ‘Tell people to keep fighting. Fight for a cure for HIV that works for everyone. I never wanted to be the only one.’”