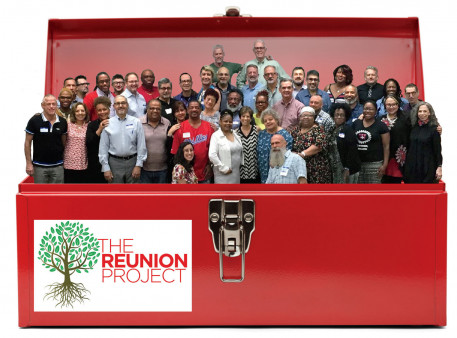 When members of The Reunion Project, a network of long-term HIV survivors, began discussing which subject they wanted to explore in their next webinar, they realized “there were just too many topics,” recalls Heather O’Connor, the group’s program coordinator. So instead of narrowing it down, they expanded it into a series. And thus, The Long-Term Survivor Toolkit Webinar Series was launched.

The webinars take place on Zoom (you must preregister), and the resulting videos are archived on ReunionProject.net, where anyone can watch anytime. “Each webinar will feature an expert presenter on the covered subject as well as panelists and community members,” O’Connor says. “The intent is to explore and share the lived experiences among long-term survivors of HIV and immediately follow up with resources and opportunities for discussion on the subject within a very intentional safe space.”

The series debuted at the end of April; other webinars are slated every other month. (At press time, the first webinar was not yet posted.)

Founded in 2015, The Reunion Project is a “national alliance of HIV long-term survivors that serves as a container for convening and connecting individuals and communities,” according to its website. The group hosts one- and two-day summits, or town halls, across the nation. The format went virtual due to COVID-19, and you can watch the resulting videos on the group’s website—for example, Mark S. King and Tammy Kinney discuss sex and dating, and David Fawcett, PhD, provides tools for bolstering resilience. Look for the in-person summits to return later this year.

“A lot of long-term survivors are reliving trauma during this [COVID-19] pandemic,” O’Connor notes. “We have been isolated, we have experienced loss and we have felt out of control. It’s time to check in with each other, convene in a safe space and talk about some of these issues that arise for each of us.”

Who, exactly, is a long-term survivor? The group’s definition is expansive, O’Connor says, and includes people who have been living with HIV for 10 years or more, those who were HIV positive before effective treatment became available in 1996 and people who have progressed through different eras of their life while living with HIV—for example, from young adulthood to middle age and beyond. Some members were born with HIV and, despite several decades with the virus, are still relatively young. What’s more, O’Connor notes, HIV-negative allies are welcome to join and participate.

“There are so many great resources within our community—so much expertise, so much lived experience,” O’Connor says. “The Reunion Project felt it was time for us to take a deep dive into all of these resources and preserve them in a way that they are easily accessible and relevant to all who seek guidance or need support.”