U.S. Funding Is Critical to the Global HIV Response

Maintaining funding at only existing levels, which appears likely, would probably stall progress in combating the virus worldwide.

As the primary funder of international aid for prevention and treatment of HIV in poorer nations, the United States plays a crucial role in determining the success of the global response to the epidemic, aidsmap reports. According to a recent modeling study, maintaining funding at only existing levels could stall recent progress in combating the virus worldwide, while a complete elimination of such funding would have dire consequences. 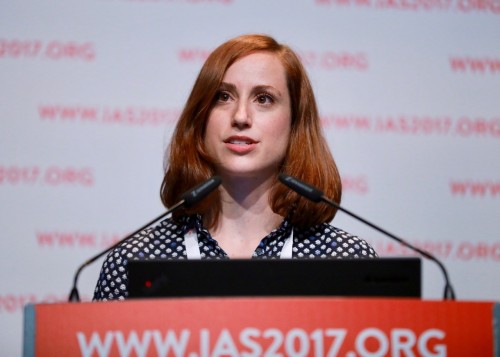 Jessica McGillen, PhD, of Imperial College, London, presenting data from her research at IAS 2017 in Paris.Courtesy of Benjamin Ryan

In his 2018 budget proposal, President Donald Trump proposed cutting funding for the U.S. President’s Emergency Fund for AIDS Relief (PEPFAR) from more than $6 billion to $5 billion.

At the Paris conference, U.S. Global AIDS Coordinator Deborah L. Birx, MD, reported that she has seen robust bipartisan support in Congress for maintaining PEPFAR funding, the president’s wishes notwithstanding. Congress is slated to vote on next year’s budget proposals in September. 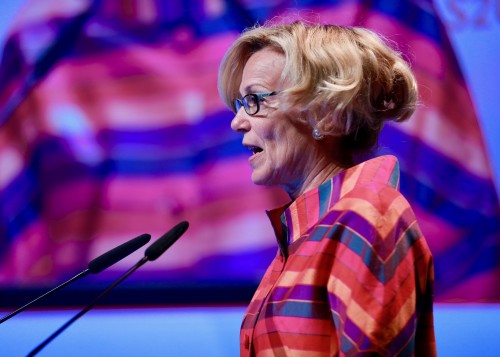 Ambassador Deborah Birx, the US Global AIDS Coordinator and Director of PEPFAR at IAS 2017Benjamin Ryan

McGillen and her Imperial College colleagues used mathematical modeling to estimate the impact of U.S. investment in the global HIV response and to project how changes in future funding for such efforts would affect the epidemic in 18 sub-Saharan African nations that bear 80 percent of the HIV burden.

The researchers presumed that if the United States had not made such funds available starting in 2000 that The Global Fund to Fight AIDS, Tuberculosis and Malaria would never have gotten under way. Without these two dovetailing forces, an estimated 4 million more people would have contracted HIV and an additional 5 million people would have died of AIDS-related causes through 2016.

The researchers arranged their model to presume that the prices of HIV treatment in these nations would not have declined substantially from those seen in 2000, since the drops in prices that were seen were directly related to donor funding.

A complete withdrawal of U.S. funds for HIV treatment and prevention in sub-Saharan Africa, as some lawmakers have advocated, could yield an additional 20 million new infections and 2 million deaths from AIDS-related causes by the end of the 2020s.

If U.S. funds for international aid for HIV remain flat going forward, the proportion of people with the virus on treatment and virally suppressed would stagnate accordingly. If U.S. funding expands along with domestic expenditures and if such investments are allocated more efficiently, the 18 African nations could see rapid progress in hitting key targets in tackling their epidemics, achieving the Joint United Nations Programme on HIV/AIDS (UNAIDS) target of a 73 percent rate of viral suppression in each national HIV population by 2022.

If the United States does not expand PEPFAR funding, the declining annual rate of new HIV infections in these nations will begin to rise again after 2018, from about 1.2 million per year to 2 million per year by 2032. But if funding increases both from domestic sources and the United States while spending efficiency improves, the annual AIDS-related death rate could decline markedly within several years, dropping below 200,000 annually by 2019.

Editor’s note: An earlier version of this story misstated the estimated number of additional HIV infections and AIDS-related deaths associated with a complete withdrawal of U.S. funds as a respective 7.9 million and 300,000; the correct estimates are 20 million and 2 million. Additionally, the article misstated that McGillen is no longer with Imperial College, London; she is still affiliated with ICL.