ViiV Healthcare recently acquired Bristol-Myers Squibb’s (BMS) portfolio of HIV antiretrovirals (ARVs) in the pipeline. The deal was divided into two parts: one for BMS’s ARVs that are in advanced stages of development, and another for the HIV drugs further back in the pipeline. Both deals were approved by U.S. antitrust authorities.

“As a result of these transactions, ViiV Healthcare now has one of the most robust HIV pipelines in the industry,” says Dominique Limet, ViiV’s CEO. “The assets that we have acquired complement our existing portfolio and could lead to new medicines and combinations addressing a broad range of treatment and prevention needs of people living with HIV.”

ViiV paid BMS $317 million up front for the late-stage drugs, and will pay up to $518 million based on development milestones, and royalties based on sales. These drugs include the attachment inhibitor fostemsavir (BMS-663068), as well as two maturation inhibitors, BMS-955176 and its backup candidate, BMS-986173.

ViiV also paid $33 million up front for BMS’s ARVs in early stage development and will make payments of up to $587 million depending on development milestones, and further payments depending on sales. These drugs include a biologic treatment with a triple mechanism of action, BMS-986197, as well as a maturation inhibitor, an allosteric integrase inhibitor and a capsid inhibitor. 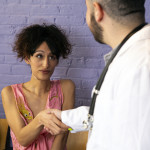