UPDATED: Stars of the HIV web series “Merce” release an HIV educational video each day, leading up to a big reveal on February 23.

HIV educational videos get a sassy, irreverent and musical reinvention thanks to the cast of the hit HIV web comedy series Merce. The videos are part of a new campaign titled “The More You Can Ho!”—which riffs off “The More You Know,” the title of the series of public service ads NBC started airing in the ’90s. Each day, from February 16 to 23, the stars of Merce will be releasing a short educational video, covering everything from HIV testing to prevention, including pre-exposure prophylaxis (PrEP) and Undetectable Equals Untransmittable (U=U), leading up to the release of a new musical video.

Naturally, the debut video, which you can watch above (or here), stars the totes adorbs ho Merce, played by Charles Sanchez, who, like his character, is an over-the-top, unapologetic musical-loving middle-aged man living with HIV.

“Every moment in my life is not a song and dance,” Merce says in the video, “but if I take my meds regularly and do everything my handsome doc says, then I’ll remain testing undetectable and being untransmittable. U Equals U. That means I can’t transmit the virus sexually. There’s zero risk. Zero. Nilch. Nada. Isn’t that marvelous?” 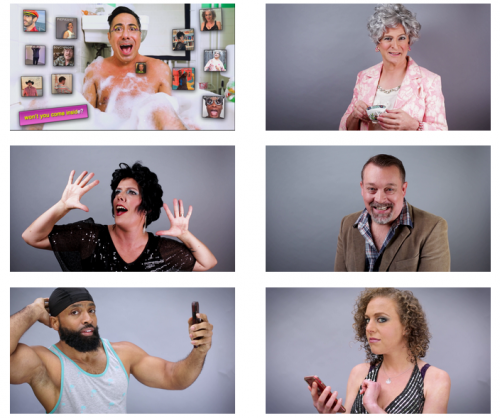 You can watch the entire series of videos as they debut on YouTube, Facebook (@Mercetheseries), Twitter (@mercetheseries) and Instagram (@mercetheseries) as well as on (which also includes the two seasons of Merce). The awareness campaign was funded by a grant from the HealtheVoices Impact Fund at the Community Foundation of New Jersey. The fund was established by Janssen Pharmaceutical Companies of Johnson & Johnson. The campaign wants you to participate by liking and sharing posts using hashtags like #TheMoreUCanHo, #UEqualsU, #HIV and #PrEP. Here’s the second video:

Sanchez and Tyne Firmin, who also stars in the series as Mama (above), launched Merce in 2015. Sanchez grew up in Phoenix and tested HIV positive in the early 2000s while living in Little Rock, Arkansas (he learned his status after waking from a drug-induced coma). 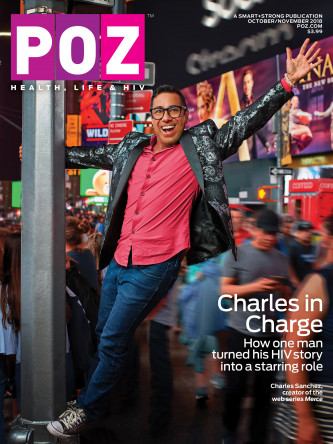 Sanchez now lives in New York City. You can read more about his story in “The Role of a Lifetime,” the cover story from the October/November 2018 issue of POZ.

Season 2 premiered January 2020 and includes cameos by numerous HIV luminaries. For more about that, see “Rev Up Your New Year With Sparkly, Jazz-Handy ‘Merce.’”