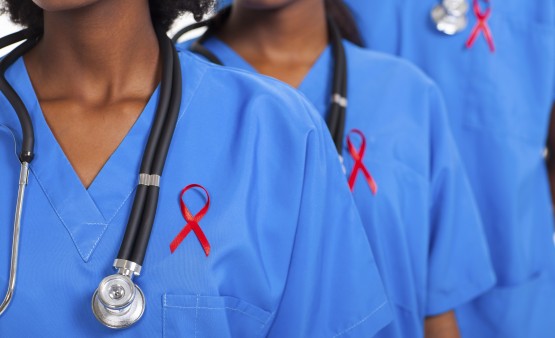 Here’s how you can speak out against the GOP reform.

AIDS United opposes the American Health Care Act as released by House Republicans on March 6th. The American Health Care Act would, if passed, strongly affects and potentially worsens treatment and care for people living with HIV and the provision of HIV prevention services for people at risk for infection. AIDS United works toward an end to the HIV epidemic by reaching outcomes described in the National HIV/AIDS Strategy and the many state-specific efforts to curb and finally end the epidemic. These outcomes include reducing HIV incidence, increasing access to care and improving health outcomes for people living with HIV, and reducing HIV-related health disparities.

The American Health Care Act undermines these goals. The replacement of premium subsidies with refundable tax credits will hurt the ability of low income people, including people living with HIV, to afford up-front payment of health plan premiums. Under this system thousands of people will lose coverage. These people will then be subject to a 30 percent penalty in their future cost of coverage because of continuous coverage requirements. These same requirements will hurt people who lose their jobs and will also make it more difficult for people to change jobs or move across the country. The bill also places a higher cost burden on older Americans by allowing higher premium as people age. This will result in much higher costs and lower access to care for lower income people. Finally, the bill effectively repeals Medicaid expansion in under three years at the end of 2019. Such a repeal will result in a loss of health coverage for millions of Americans, including people living with HIV and other chronic conditions.

“This is the biggest attack to the health care system as we know it, and the stakes are critical,” said AIDS United Vice President of Policy & Advocacy Ronald Johnson. “Millions of people gained access to care through the Affordable Care Act, many for first time, and these gains are at risk. This isn’t an improvement to the Affordable Care Act, it is a hack job that puts tax cuts for wealthy people above the health needs of people.”

The serious changes contemplated by this Act will directly undermine the goals of providing treatment and care for people living with HIV as well as the goal of ending the epidemic. AIDS United strongly opposes this Act. We encourage our partners and advocates to contact the House Ways and Means Committee and House Energy and Commerce Committee to oppose this bill. People who are constituents of members who are on the committees should also contact their Members individually.

You can find out who your Member of Congress is here.