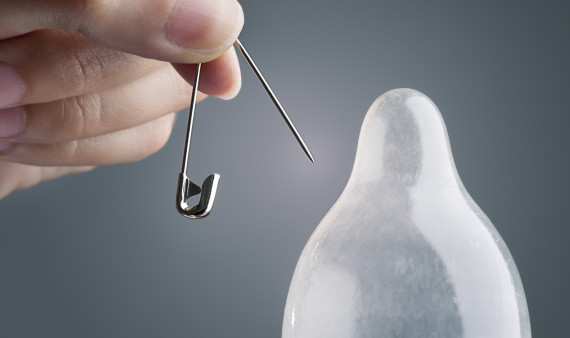 About That Awful AIDS Op-Ed in The New York Times…

As if we didn’t read enough anxiety-producing news this week—Supreme Court rulings and retirements, for starters—we were presented with this headline in the opinion section of The New York Times:

The End of Safe Gay Sex?

With the fading of the AIDS crisis and the rise of PrEP, condom use is plummeting.

“Mr. Kelly,” the Times informs us, “is a historian writing a global history of AIDS.”

Intrigued, I clicked and began reading. Blech. Kelly’s opinion piece called to mind the stigmatizing, moralizing sex-negative attitudes about gay men that were prevalent during my 1980s youth in the rural Bible Belt. One fear-mongering snippet:

PrEP, which the Food and Drug Administration approved in 2012, replaces the condom’s comforting shield. Liberated from the stigma of AIDS, gay men, many people think, are now free to revert to their carnivorous sexual selves. In this rendering, the condom is kryptonite, a relic that saps the virile homosexual of his primordial sexual power.…

The nonchalant dismissal of the condom today flies in the face of the very culture of sexual health that gay men and lesbians constructed in the 1980s. If a hyper-resistant strand of another life-threatening S.T.I. develops, we will rue the day that we forgot the searing legacies of our past. We might also recognize that PrEP has not proved nearly as effective a prevention strategy for women as it has for men, and that some strains of H.I.V. have developed resistance to the drug.

Really? A young gay AIDS historian pens this in 2018?

When I read the opinion piece, it hadn’t been on the Times site very long and there weren’t many comments. So I made a note to follow up and see how AIDS activists and sexual health experts responded.

They did not disappoint.

Do yourself a favor and read Kelly’s essay, then dive into these rebuttals. I’m not going to summarize the heated, and often disturbing, personal attacks that proliferated online—talk about fugly comments! But even the more mature and nuanced responses are on fire. Before you start, you may want to get some popcorn.

ACT UP activist Peter Staley leads the charge with a must-read series of 31 tweets. Each tweet uses logic and science (and sass) to spell out what’s wrong with Kelly’s reasoning. Read them, study them, memorize them. It’s like a master class in AIDS argumentation. (Click on the tweet below to read the entire series.)

1. Let’s break-down why @prose4321’s “I’m an AIDS historian!” rant is one of the worst (and most dangerous) AIDS op-eds ever to appear in the NYT. I hope we direct most of our anger at the Times, which doubled down on its history of promoting gays who scold gays. pic.twitter.com/dWTN3PcpJs

Staley finishes: “You sent me a tweet saying, ‘don’t lecture me about history.’ [To steal a line from Mark S. King:] ‘I’ve got HIV antibodies older than you.’ I wake up every morning feeling blessed to have witnessed that history, and to still be here to fight for the end of this AIDS crisis.… We will use science, as we have before, to guide our final push, and while your millennial-historian moment will harm our efforts, we will overcome your arrogant moralizing too, just like we’ve countered [that of AIDS Healthcare Foundation president Michael Weinstein]. We will outlast and out-fight you.”

Over at Jezebel, writer Rich Juzwiak offered a clear point-by-point rebuke as well, in his piece titled “New York Times: Won’t Someone Please Think of the Condoms?!?” I particularly like that he takes Kelly to task for writing, in the Times, that “AIDS is no longer a crisis, at least in the Untied States, and that is a phenomenal public-health success story.”

At last, it is finally revealed that this guy has no idea what he’s talking about. The very publication he’s writing for printed a feature last year, “America’s Hidden HIV Epidemic,” on how HIV continues to ravage black populations in the United States, particularly those in rural areas. HIV has similarly affected Latino MSM. That’s a crisis!

[M]athematical modeling has demonstrated that PrEP use may actually decrease STI rates. In a 10-year period, PrEP may prevent about 42% of gonorrhea cases and 40% of chlamydia cases, given 40% risk compensation according to a study published in Clinical Infectious Diseases.

The reason STIs are stigmatized is because they are tied to sex in the first place. We treat both strep throat and chlamydia with a Z-Pak but we don’t castigate someone for acquiring the former. It is time we remove the stigma from STIs, a barrier that keeps many people from getting tested in the first place. Sex is fun. Sex is liberating. Sex should be enjoyed without fear. That is what PrEP (and effective HIV treatment) allows.

For those who’d rather watch than read, Jeremiah Johnson created a video response on Facebook in which he unpacks how an obsession with condom use can be detrimental to larger goals. (Johnson is the community engagement coordinator for Treatment Action Group. You may also recognize the name from our current POZ cover story, about HIV discrimination in the Peace Corps.)

“The challenge that I have is that we’re choosing to selectively focus on condom usage,” Johnson says, “rather than the incredibly hopeful news that we’ve seen this dramatic decline in the number of new [HIV] diagnoses in New South Wales [a state in Australia that the Times opinion piece calls out for its decreased condom usage in the age of PrEP].

“This really makes me question what is the goal that we’re pursuing anymore: Is it the end of HIV, or is it simply to continue controlling gay men’s bodies and the sex that we have? Right now, I would say it’s probably more the latter.”

It’s no surprise that activist Mark S. King would share his opinion of the Kelly’s op-ed. I particularly related to this paragraph of King’s Facebook post: “Mr. Kelly’s characterization of passionate, albeit sometimes risky choices as ‘carnivorous’ and ‘primordial’ is patently offensive. Can you imagine anyone writing this way about heterosexual STIs or unplanned pregnancies? Gay men are simply human, as if this needs to be explicitly stated, and are no more susceptible to the same urges, mistakes, and escapist behaviors as anyone else.”

I was very moved by Matthew Crehan Higgins’s Facebook post. A former medical social worker in a designated AIDS center, Higgins has counseled many clients who tested positive for HIV. His viewpoint highlights the human side of this debate:

If anything good can be said about the Times opinion piece, it’s that it has prompted a conversation that gives us an opportunity to educate and empower.

But for now, my popcorn bag is empty.