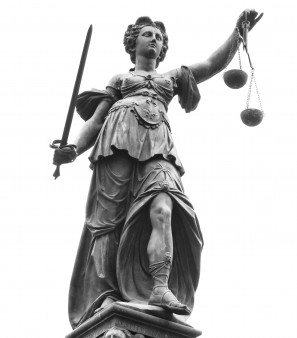 Balancing the Immune Response To Sars-CoV-2

In an ACT UP style teach-in, “A Conversation about Covid-19,” UNC immunology professor Dr. Samuel Yanuck shared with alt med practitioners earlier this week his thoughts around supporting the immune system amid this current pandemic coronavirus spread. While fully acknowledging that just about any intervention in these early days would be speculative, Dr. Yanuck is peculiarly qualified to apply both his vast knowledge of the inner workings of the immune response along with early data from outbreak areas to give us clues as to how we might direct our thinking.

If only the immune system could be persuaded to maintain the Th1 type response, an asymptomatic state could be preserved indefinitely — or so the thinking went.

Back when we first were faced with the heady challenge of immunology self-study, we learned of a Type 1 and Type 2 immune response. That was in 1992. The big story out of Amsterdam back then was of a“Th1-Th2 shift,” believed to be what tipped the balance between a sort of quiescent, asymptomatic HIV infection and ravaging, aggressive full-on AIDS. Much the same as what’s being described today, in those who do and do not progress to the deadly “cytokine storm.” Or in the parlance of science, my newly discovered and current favorite term, hypercytokinemia. I dug this up from an old TAGline from those days:

As presented by Drs. Gene Shearer and Mario Clerici (sometimes often cited in concert with Holland’s Frank Miedema), an analysis of circulating cytokines (tiny protein messages) early on in HIV infection showed a surplus of IL-2 and interferon gamma, cytokines associated with a Th1-type dominated (or cell-mediated) immune response. But in the blood of persons in the late stages of HIV infection, IL-2 and gamma interferon had all but disappeared. Instead, an abundance of IL-4 and IL-10 were observed, cytokines associated with a Th2-type dominated (or antibody) immune response.

The conclusion seemed self-evident: The Th1-type immune response was present during asymptomatic infection while the Th2 configuration signaled clinical deterioration and death. Further studies in “exposed-but-not-infected” high-risk populations who showed strong Th1 immune activity but virtually no Th2, seemed to corroborate such a model. If only the immune system could be persuaded to maintain the Th1, predominantly cell-mediated immune response, the asymptomatic state could be preserved indefinitely — or so the thinking went.

Well, everything old is new again. Or it would seem. Supporting Th1 and tamping down an overactive Th2 is again rearing its therapeutic head. This time with nutraceuticals and herbal therapies.

To support the Th1 response, berberine, baicalin, echinacea, goldenseal, glutathione and vitamin A are recommended.

Help for the all important (in terms of initial immune surveillance) natural killer cells? astragalus, andrographis, reishi mushroom (aka ganoderma) and vitamin C.

All the while, the thinking goes, discouraging an over-active Th2 response. Constituents of perilla (both the leaf and the seed) is said to cool down excess interleukin-4 activity. While astragalus, yet again, appears to dampen GATA-3.

What’s interesting about Dr.Yanuck’s list is that baicalin (Huang Qin to TCM herbalists) and andrographis (Chuan Xin Lian) show up again and again on lists from laboratory studies of agents with antiviral effects, as do, incidentally Gan Cao and Hu Jiang.

Astragalus, from a Chinese medicine standpoint, “Huang Qi,” is also interesting in that it is a key ingredient in the TCM herbal formulas used as prevention (Jade Wind Screen aka Yu Ping Feng San, chief among them), and to tonify or support lung health generally, albeit a priori. Chinese herbalists therefore would likely not use astragalus in any treatment plan-- only for chronic and acute preventive measures. This is probably also true of medicinal mushrooms: reishi, turkey tail, maitake, shitaki, cordyceps.

Over arching all of this, as keen observers might have already imagined, is the never to be under-estimated role of glutathione, a powerful antioxidant said to be essential to lung function. Supplementing with NAC is the most inexpensive way to support GSH assuming your glutamate and glycine stores are up to snuff.

One wonders if there might be a role for aerosolized glutathione?

Lucky for us, it’s pretty easy (and pretty inexpensive) to take 600 or 800-900 mg of NAC daily. (Again, this harkens back to the early days of AIDS when the NYC PWA health group stocked effervescent tablets of it because they were thought to be more effective.) Standard recs are 3x daily, usually 600 mg. That seems unwieldy to me, and I have seen others opt for 800 or 900 2x daily. (I’m lucky if I can take it more than once a day when I take it!) Nursing home study (I’m trying to find it now, but you can hear about it at around 12:00 here) that reported a protective effect in among nursing home folks in Europe during flu season is said to have used 600 mg twice daily, but I suppose if one is using body weight as guide, that 600 bid dosing might not apply to younger, meatier folks?)

And since goldenseal, scutellaria (aka baicalin) and coptis are all appreciated for their content of berberine, it’s also quite common to find products that combine these, often times also with Oregon grape. Andrographis products have virtually sold out nation wide, but if you know what to look for (knowing the formula/ingredients as opposed to searching within the product name) it can still be found. Medicinal mushrooms are always good to have on hand, and taking a blend of two or three is generally thought to be better than focusing on just, for example, ganoderma.

In terms of vitamin and mineral supplementation, the ideal scenario is that one measures baseline levels and then supplements into a target or optimal range as indicated/desired. Some minerals are difficult to get reliable measurements on (magnesium is the poster child here), however, so depending on the water vs. fat solubility of the nutrient in question (and its relation to others), minerals and, say, water soluble vitamins might be supplemented sort of “empirically.”