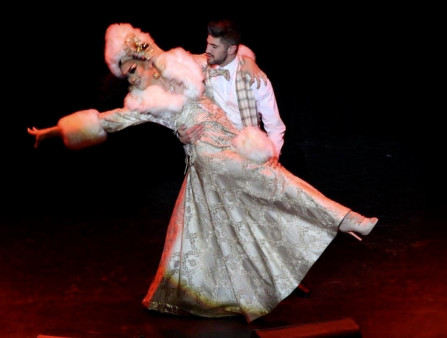 How I learned the true meaning of the holiday spirit—with help from drag queens and a special man.

The air is brisk and the sky is blue, and I’m thinking about the holidays ahead and the love and joy I get from this time of year. Christmas is incredibly special, and I love sharing the beauty of the season. Michael Bublé Holiday music is playing in the background as I recall the holidays in 2016 and the changes I was going through and some of the pains that accompanied that positive change.

We arrived in Glasgow on World AIDS Day—our first city on this short U.K. tour—and straight off of the bus I asked if the dancers and drag queens would mind making a video where we’d all recite, “Actual reality! ACT UP, FIGHT AIDS!” together in perfect unison, and we did it. I posted it and had no idea the amount of positivity it would generate. I didn’t understand that advocacy and activism was growing in my life because I was still growing into the man I’d become.

I was on tour in the U.K. and enjoying going from city-to-city seeing how much joy we shared with people from all over the world. I would call my friends and Jaime, the guy I was dating at the time. I would tell accounts of my travels, smiling and laughing. I wanted to hear about home, too. 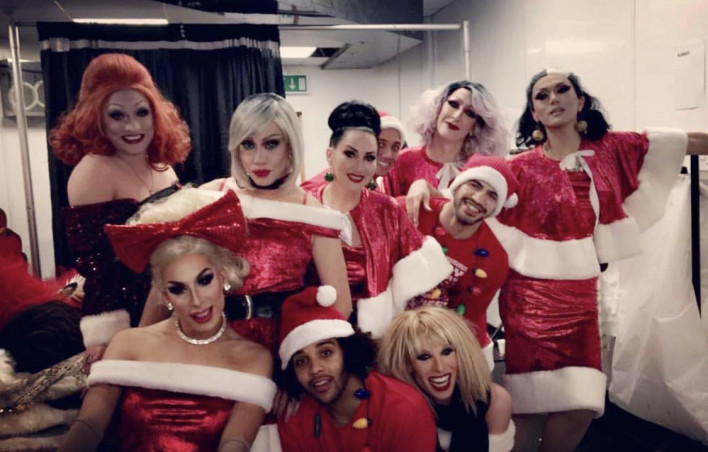 Jaime and I had planned to have some dates, and one of them was hIm coming to see Christmas Queens in New York when the tour arrived in mid December. I was excited to see him—along with Miss Fame and her husband, who also attended the show. It felt right to be around love as I celebrated performing at the PlayStation Theater in the heart of Times Square. 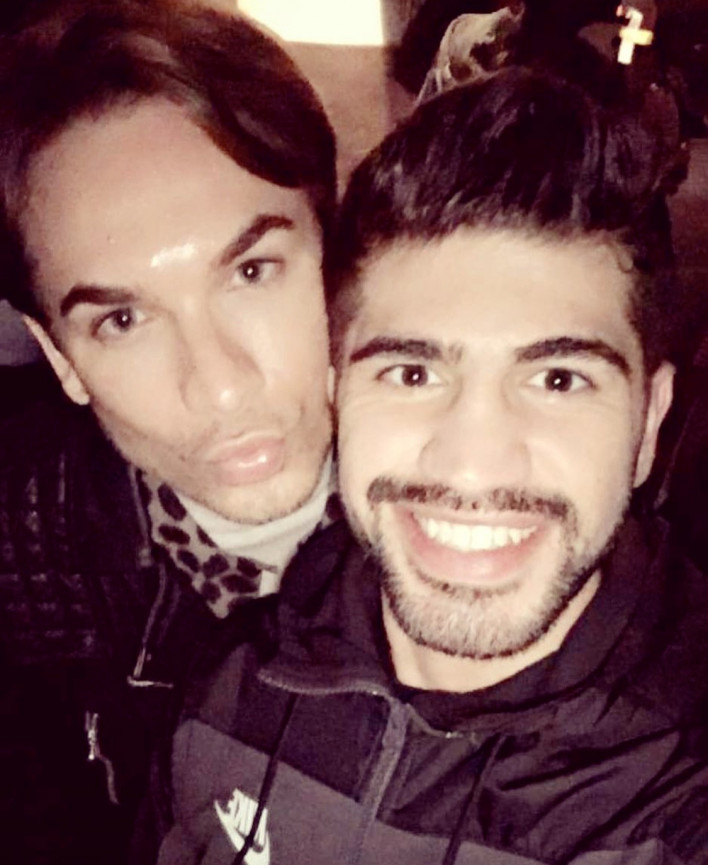 HIV continued to teach me so much about myself and about the world, and it continued to bring me hope and joy because I was proving daily that someone with HIV can experience life to its fullest. Jaime and I had a beautiful night together in December, and I felt filled with Christmas spirit as the group went to our last few cities to finish out the tour.

Christmas is such a great time to celebrate and to be grateful for the magic that we have in life. I believe that this is a special time of year to embrace ourselves and embrace everyone around us for who they are. We spread good cheer and bring others on the journey along with us. That’s the true spirit of the holiday season, something I learned in December 2016 and I try to carry with me each day of the year.