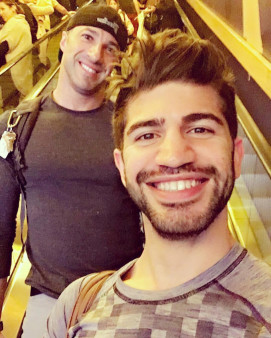 Jaime & I at the Disney store in Times Square buying a gift for his niece.

Seizing the Moment Before the Man

Going on tour forced me to face my codependent nature.

After the Drag Race tour ended and I returned home to New York, it was time to repack and head back out almost immediately. It was my 27th birthday week and I was heading down south for a high school friend’s wedding followed by a birthday celebration vacation in Miami.

Life was great, and the following few months inspired so much growth. I bought my first suit, paid for my own first vacation, went to my first wedding (while successfully staying sober) and quit smoking cigarettes. Oh, and I also reconnected with an old flame, Jaime.

I was still insecure around men. I needed the attention, and I needed the affirmation that I’d be secure in the relationship—a relationship, by the way, that I felt was way more important than the one I had with myself. This was another pattern I wanted to change.

So when Jaime and I started spending more time together, I promised myself we wouldn’t have sex right away—and we didn’t. I wanted to get to a year of sobriety before I allowed myself to be that vulnerable with someone again; after all, I wasn’t experienced in healthy dating habits yet.

Jaime was kind, and I felt so comfortable around him. Our connection was amazing and as I approached that year, I was ready to open myself up to him. He was well-endowed and I just gave myself over to him as he gave himself to me. The more he kissed me, the more my body connected with his. We were in sync and passionate. It was like nothing I’ve felt before. It felt right, and I wanted nothing more than to stay in that moment for as long as possible.

He didn’t care that I was HIV positive. He was knowledgeable and negative. Coming from both our backgrounds and both now being sober, we were used to having sex without condoms, but he was on PrEP, and I was undetectable.

We weren’t boyfriends, but we did everything as if we were. For some reason, the labels really mattered to me. I suppose it was my codependent nature. He wasn’t ready for a relationship, so we did our best to enjoy the moments we had. 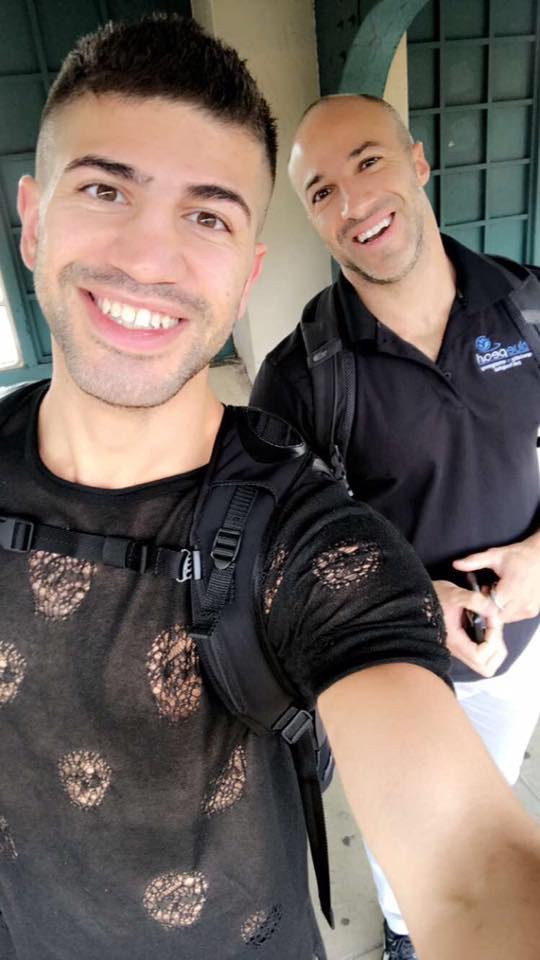 Each week we’d pick a night and I’d sleep over at his apartment in Queens. We’d take the subway and hold hands. We’d have dinner and then spend time cuddling and enjoying each other’s bodies. When we woke the next morning, he’d brew coffee with cinnamon and make us protein shakes. We’d shower together and laugh—such a great way to start our days. His smile made me feel happy, and his hugs made me feel warm.

One day in mid-October, I received a phone call from the producer of Producer Entertainment Group (PEG) and was offered another Drag Race tour. This time, it was for the holiday show. I was so excited, but I was so nervous to leave behind this guy I had been getting so close to.

I had to take my career seriously and as much as I wanted to nurture this relationship, I learned that it was more important to put my dreams before any man. I had spent too much time holding back because of a relationship, and it kept me from following what my heart really desired—performing all over the world. Sometimes when you put yourself first and when you become the best you possible, that’s the time someone will want to be with you more. I understood this, though I was still worried that he’d find someone else while I was away.

When we discussed my going on tour, we agreed to continue talking and to put no pressure on either of us. I decided to take the tour and see what would happen, both in terms of between the two of us and for my own professional endeavors.