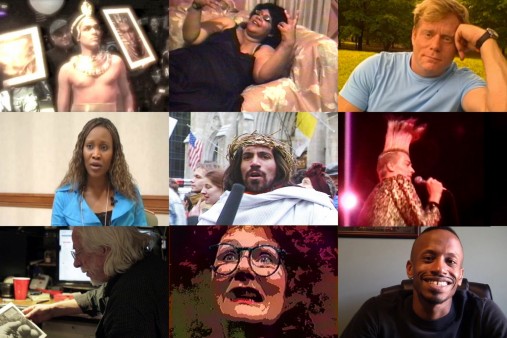 Watch a video compilation by Visual AIDS of nine artists and activists who use the camera as a way to reflect upon HIV/AIDS.

For the 2016 Day With(out) Art, Visual AIDS presents COMPULSIVE PRACTICE, a video compilation of compulsive, daily, and habitual practices by nine artists and activists who live with their cameras as one way to manage, reflect upon, and change how they are deeply affected by HIV/AIDS. This hour-long video program will be distributed internationally to museums, art institutions, schools and AIDS organizations.

From video diaries to civil disobedience, holiday specials and backstage antics, Betamax to YouTube, COMPULSIVE PRACTICE displays a diversity of artistic approaches, experiences, and expectations. The compulsive video practices of these artists serve many purposes—outlet, lament, documentation, communication, empowerment, healing—and have many tones—obsessive, driven, poetic, neurotic, celebratory. COMPULSIVE PRACTICE demonstrates the place of technology, self-expression, critique, and community in the many decades and the many experiences of artists and activists living with HIV/AIDS.

COMPULSIVE PRACTICE highlights subjects ranging from historic actions against government neglect to contemporary issues such as Pre-Exposure Prophylaxis (PrEP) and living with an undetectable viral load. Altogether, the program charts over three decades of AIDS-related video production in the face of the ongoing crisis.

Click here to read more about the artists and the curators.