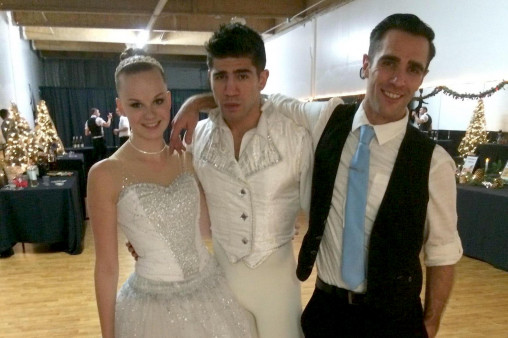 Me, surrounded by my “Nutcracker” family

Finding Myself While Losing Others Pt2

Do you have a person in your life who always makes you feel special, no matter what?

It’s a bit ironic that I feel somewhat calm and have the ability to write with the chaos of Buffy the Vampire Slayer Season 3, Episode 16—Doppelgangland—playing in the background. I’m using it as comfort to write this blog entry. This one has been the hardest yet and imprisoned my heart and built so much anxiety because I wasn’t sure I could tell this story, but I think I’m finally ready. It may be a bit of a roller coaster, so fastened up and keep your hands in the car at all times. 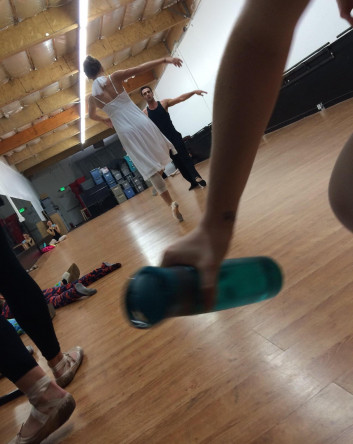 Do you have person in your life who always makes you feel special, no matter what? It’s someone who will never judge you or treat you with disrespect and always shows you love and compassion? It’s rare, but there are people like that. I’ve certainly experienced such friendship.

I remember the first time I danced with Brit in 2011 and he was so kind and fun and made me feel so welcome upon my first trip to Reno to do The Nutcracker with the Reno Dance Company. I’ve written about this before—read “A Changé in My Attitude” and “Dancing On My Own” for examples—but never in length specifically about him. 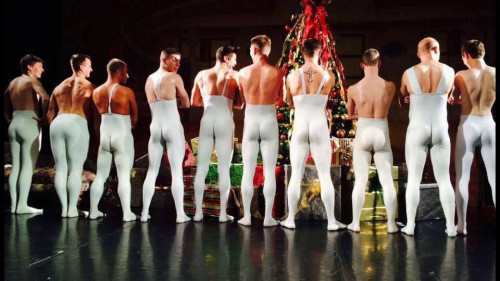 “The Nutcracker,” colleagues and friends in Reno

Let’s first jump back to December 2017; I’m in Europe and traveling the United Kingdom for the Christmas Queens tour (you can read about that in Pt1 of this story). I had just given up sex and was going through a lot of emotional strife, especially with recovery meetings harder to find, but I attended when I was able. I was so full of anxiety and I wanted to do better, but I was just trying to get by and do my job dancing in this tour.

One evening I wasn’t feeling so well while in Cardiff, so I took some Tylenol PM and went to bed. The next morning, I awoke to banging on my hotel room door. I opened my eyes and glanced at the clock—I was 42 minutes late for our bus call time. I threw everything in my suitcase as quickly as possible and double checked the room before exiting and headed down to the bus to travel to Manchester.

Upon arrival to Manchester, I noticed I didn’t have my passport wallet and I began to panic. Where was my it? Did I leave it on the bus? I called the hotel to find out that I had indeed left it on the desk at our departure. Stressed but seeking a solution, I had the previous hotel overnight it to Manchester. Expect there turned out to be one issue: the hotel and building next door had the same address, and when my package arrived there, it was refused.

Just imagine: Royal Mail around the holidays; there was no way I’d be getting that returned (again) before we set out on the last leg of the tour in America. The situation sent me into a tizzy. What was I going to do?

I made phone calls to everyone I could. I emailed the embassy and contacted friends in London because there was a possibility that I’d be left behind to sort it all before returning home. In regards to the tour, I’d have to be replaced on the last five cities. I was just praying not to get left behind and not to be able to continue the tour.

Then suddenly I had a last-minute idea—I remembered I had copies of my information in saved digital files. Upon arriving to the airport, I had printed copies of my passport, birth certificate and other forms of ID. It was stressful, but after many interviews with agents I was able to fly.

I boarded the flight, grateful to be headed home and nervous for what would happen upon arrival as they had already found another dancer for the first city or two in the states. I had no idea what drama would ensue…

Back to the present day, winter 2022: I’m sitting in the corner window of a coffee shop in Milwaukee on a snowy Thursday morning. I’m currently on tour with Alaska Thunderfuck for her album Red 4 Filth. As snow falls and acoustic music plays, I’m finding the mood comforting and introspective. It’s so hard to continue this story, but it’s now or never, so we return to 2017…

I couldn’t believe that I was able to fly back the states, and on the plane all I could think was, “Will I be able to dance the last five dates in America?” since they brought someone for NYC in case I had been stuck in London.

“Hey Richard,” his tone was sad and concerned, “I have some news, and I wanted to call you so you didn’t find out from Facebook…”

“Is everything okay?” I asked with rising anxiety.

My heart sank into the pits of my stomach. My eyes began to burn as they swelled with tears, and my body felt weak as they called for me at the window to pass through to customs.

“Can I call you back when I’m through?”