A Changé in My Attitude

How doing my first show as a sober man changed my perception of myself.

It’s a new year and the same progressive me. Each day I’m making an attempt to learn something new without making the same old mistakes, but that’s part of how I gain experience. I’ve learned that telling my story, though sometimes controversial, isn’t about me. It’s about all of you, my readers. For the naysayers who will ultimately find any way to frown upon my life and its struggles and victories, I challenge you to keep an open mind.

A few nights ago, I had a guy named Jason call me out as an avid reader. He congratulated me and followed up by telling me that he loved reading my entries and couldn’t wait for more. I haven’t been writing as much as I’ve wanted because my laptop has been out of service, but having people approach me to talk to me about my blog inspires me to keep writing; with that said, I think it’s time to continue my story, which means we are traveling back to 2014…

October rolled around, and it was time to make a decision whether I wanted to go out to Reno, Nevada, to do the Nutcracker for the 2014 season or not. It was offered to me, but I was nervous going there and being newly sober, but I knew I could do it if I was vigilant. I was falling in love with the new life I was creating. I felt like I was starting to live more. I was starting to see things through a new lens.

There was a lot happening in my life, and I wasn’t sure where I was going to be from one moment to the next. Moving to a city to dance in a show seemed like the right thing for me to do because it was in line with what I wanted to do with my career anyway, so I took the gig. My first sober dance show. I guess I’d have to live without those four-dollar Jameson on the rocks that I used to toss back. I’d have to find new ways of spending my downtime.

I landed in Reno and grabbed my luggage and waited for my friend Candy to pick me up. Ecstatic to see her, I felt my face light up with a smile. The white Volkswagen pulled up, and I could barely contain my excitement. I hugged her so tightly before getting in the car.

First stop? Rehearsal at the dance studio. I walked in and was greeted by love and friendship. This was family to me. I was a new me, and all of them recognized it.

The first day was a grand old time, smiling and laughing, getting myself prepared for the season of discipline and performance. I was going to have to learn to do a show sober. I always drank before shows, a shot to take off the edge. I always thought I needed alcohol to light up a stage, but in fact the opposite rang true for me—it dimmed my light.

Throughout my time in Reno, I was discovering myself, learning more about Richard. I had no idea who I was. I would spend time working on me, reading literature that I could relate with, writing things down and looking at my past. I was seeking solutions.

I discovered that I had no idea who I was. I had spent so much time drinking and drugging my responsibilities and issues away that I forgot to grow up. When I used to have trouble in rehearsals, I would just wait for that drink—it was out there calling me. I didn’t have that anymore. Instead, I had temper tantrums. I’d storm out into the parking lot and make phone calls to those I trusted back in New York. I would calm down and head back in and work harder. I wanted to be strong, and I had nothing to prove to anyone else, only to myself. I could do it.

Our first weekend of performances was upon us in a small town in the middle of nowhere Nevada. It was cold and we were tired from rehearsals, and I was nervous for my first time on stage as the Snow King. I wanted to get it right. I wanted to nail the jumps and turns and partner work with the Snow Queen. I was backstage warming up and doubting myself when out of the blue a little girl with Down Syndrome stood in front of me and said, “You’re special!” She looked at me in the eyes, and I saw such a heart of gold and a reassurance that I was going to be okay in that moment. It was something I needed and didn’t know it. I remember thinking, “I am worth it.”

My self-worth had been so far gone that I didn’t realize I was gaining it until it smacked me in the face. I felt “less than” for so long because of being gay, being an active alcoholic and drug addict, and of course being HIV positive. I couldn’t even look at myself in the mirror, I had SO MUCH self-doubt. Emotions were hitting me from every direction, but the greatest feeling was gratitude.

I went on stage, and I felt joy and strength. We nailed every jump and turn, and it felt like I was living authentically and in the moment, a place I hadn’t been in so long. My outlook was changing toward others as my perspective of myself changed and my connections to people within the dance company evolved. I started to see that my place in this world mattered and my status was irrelevant and love was the answer, whichever angle you looked at it from. 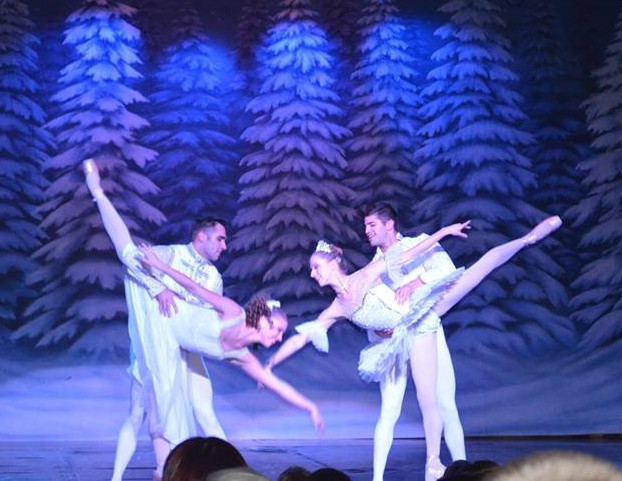 I went to Reno with thousands of fears and left having conquered many of them. My HIV status couldn’t hold me back, only propel me forward in my journey. I could use it as an example of victory. It would be a symbol for me to be powerful no matter what others said or did. Because regardless of the other people, I have to be strong for myself. This new perspective changed my life one day at a time.