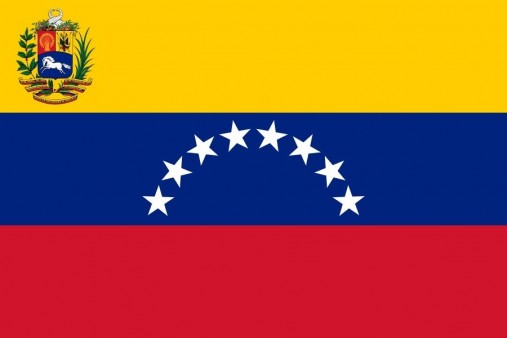 “Grave Concern” for People Living With HIV in Venezuela

It is predicted that within a few weeks the country will face a near universal stock out of antiretroviral treatment.

For over a year, the political upheaval in Venezuela has made the situation for people living with HIV in the country increasingly difficult.

AID for AIDS sounded the alarm in May 2016 about the urgent need for HIV medications.

Today, the Global Network of People Living with HIV (GNP+) has issued a call to action to provide immediate help.

From the GNP+ press release:

The Global Network of People Living with HIV (GNP+) expresses our grave concern over the health, safety and wellbeing of the tens of thousands of people living with HIV who have been caught in the crossfire of the devastating ongoing political and economic crisis in Venezuela.

Over the past year, the Venezuelan Network of Positive People Living with HIV (RGV+) and ACCSI (Acción Ciudadana en SIDA) have chronicled the deteriorating treatment and care infrastructure. GNP+ joins RGV+ and ACCSI in their appeals for increased international attention and action to address the plight of people living with HIV in Venezuela. As has been extensively reported, the people of Venezuela are suffering an extreme humanitarian crisis. As a result, gay and bisexual people, sex workers, transgender people, people who use drugs and people living with HIV, in particular, are experiencing distressingly high levels of healthcare and food insecurity as well as constant threats of discrimination and violence.

People living with HIV in Venezuela experience continual treatment interruptions and stock-outs of the antiretroviral medicines (ARVs) needed for their health and survivals (reportedly, atazanavir, raltegravir, ritonavir, nevirapine, efavirenz, rilpivirine, tenofovir, emtricitabine and abacavir). Venezuela currently lacks the ARVs and baby formula that pregnant and nursing mothers living with HIV need to prevent transmission of HIV to their babies. Further, as documented by RGV+ the community lacks access to all essential medicines and medical supplies and is suffering, alongside others with critical health needs, through a dangerous system of contaminated surgery rooms, ill-equipped laboratories, water and electricity disruptions, long lines at supermarkets and widespread food insecurity.  With a limited number of health professionals remaining in the country and frequent treatment interruptions, more and more people living with HIV are suffering and dying from easily preventable opportunistic infections. It is predicted that within a few weeks the country will face a near universal ARVs stock out with no end in sight.

“People living with HIV in Venezuela are suffering and dying. In addition, civil society organizations that have been tirelessly working to support the community under these extraordinarily difficult circumstances are under a barrage of anonymous threats. To add insult to injury, the Venezuelan government is systematically confiscating relief supplies and medicines being sent from abroad for those who need it most.  In light of these disturbing realities, the tepid response by the U.N., Global Fund and others in the international human rights community has been totally inadequate and deeply troubling,” said Javier Hourcade Bellocq, Chair of the GNP+ Board.

GNP+ urgently calls on the international human rights community to put pressure on the government to protect the health and rights of all of its citizens and to stand with our call for immediate intervention to lessen this humanitarian crisis affecting people living with HIV before it is too late.