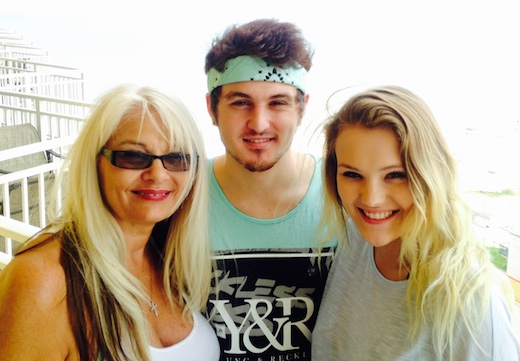 Earlier this year, I interviewed Dakota Basinger, a 21-year-old singer/songwriter/rapper who got kicked out of a local basketball game because he has HIV. By all accounts, the story had a happy ending. Although Dakota had tested positive a few months earlier, he was totally open about it. His friends supported him, and the city even admitted its mistake and allowed Dakota to play ball. What’s more, he was doing well on treatment and was speaking publicly about HIV education.

I wasn’t surprised to see him nominated for our annual POZ 100, which this year celebrates people younger than 30 fighting the epidemic. But when I touched base with Dakota and his mother, Lisa, for the POZ 100 article, I did get a surprise. And it wasn’t a happy one. Their so-called friends had disappeared, and bullies took their place.

After suggesting the Basingers read Positive, an inspiring memoir by fellow POZ 100 honoree Paige Rawl (the book focuses on bullying), I then interviewed both Dakota and his mom about their current situation. Here’s what they said:
When we first spoke, back in the spring, you guys seemed optimistic about your situation. What happened since?

Dakota: A lot of things have changed. People who said that they would be there for me are gone. Many won’t even shake my hand in public. This is just one more learning experience that has made me a stronger.

Lisa: People don’t know how to react to Dakota having HIV. They think that he is home, sick in bed, lifeless. They think that if he gets a cold he will die, or that he can pass the virus through a handshake. People need to understand that the stigma is worst than the disease itself. As much as you try to educate them, they think that you are just making light of a serious disease. I hear people say, “Well, nobody knows for sure if you can get it through spit or using the same utensils.” Yes, we do know for sure. You CANNOT!

What kind of bullying have you encountered?

Dakota: Gay-bashing from people in the community has pushed me so far that we have had physical altercations. I have people yell out their car windows, “HIV faggot, go die of AIDS.” “You only have a short period of time on earth, enjoy it, faggot.”

Lisa: The bullying has been based on both Dakota’s being gay and having HIV. All the bullying has been done by males. I remember one day in particular. Dakota left the house to run to the convenience store, and he didn’t take his phone with him. He was gone an unusually long time, and when he finally arrived home his shirt was ripped and his knuckles were all red--he had gotten into a fistfight with an individual that had been harassing him for some time about being gay. After the fight, this person said he would be returning with others.

Dakota, you disclosed your status by writing an autobiographical song, “My Best Friend,” and then posting it online. Has bullying affected your social media outreach?

Dakota: No. The bullying only pushes me harder. I write more music and am determined to help others that are going through the same thing. I get tons of messages from people who always tell me that I am an inspiration to them for coming out and letting the public know that I have HIV and that I am gay.

Lisa: He has a lot of support online and through social media. I know that he has helped many individuals. A person in our hometown said that after listening to “My Best Friend” they had the courage to get tested and find out they were positive. This person is now getting the proper treatment. These are the things that keep us going.

Dakota: My family and a couple close friends are my support. Also I have a lot of support from people from all over the world.

Lisa: We depend on each other for support. We have a very small family. It’s just me, Dakota, his sister Kimberlyn, and my mother. Dakota’s dad lives in Massachusetts and is also very supportive and proud of Dakota.

How has the bullying affected your health and outlook?

Dakota: It has definitely added stress to my life. I can’t trust anyone. Sometimes I’m scared to walk out of the house. There are many people who make threats to me. I just have to ignore them and push forward.

Lisa: I think that the bulling has affected Dakota’s mental health. He has a lot of anxiety and sometimes gets depressed. I mean, going from having so many friends to having barely any would affect anyone. Dakota is a strong person, and he is a survivor. The bulling has made me angry and sad. Sad because as a society, we as parents have to teach our children to be tolerant and nonjudgmental of other people. We need to have more compassion toward others and their circumstances. God has called us to love and help one another and that is what I have taught my children to do. I will admit, as a mom it breaks my heart to see my son have to endure so much hatred and harassment from ignorant people. I know that God has to be preparing him for something big.

Tell us about your coping mechanisms?

Dakota: I stay in the house all the time. I write music and spend time with my family.

Lisa: We cope by trying to bring awareness whenever we can to other people. Mostly through social media.

What steps do you plan to take next?

Dakota: I want to bring awareness to the terrible stigma that is placed on HIV. I want to help kids that are rejected by their parents for being gay. I would like to go out to schools and educate students on the risks of not using a condom and help others so they don’t have to go through this.

Lisa: I have been looking for an organization that we can work with on bringing awareness to the public about the stigma that is attached to HIV. My wish would be to start an organization in his name that solely educates people on the importance of using protection and also gets the word out that HIV is not what it use to be. You can live a productive life as long as you take your medication and take care of yourself. But the most important thing is to teach that people with HIV are not going to pass the virus on to you by everyday socialization. HIV needs to be talked about more. We must change the way the world treats people with HIV.