Laura Bush: “It is immoral. And it breaks my heart.”

The former first lady compares separating children at the U.S. border to past treatment of children with HIV at the height of the AIDS crisis.

In an opinion piece for The Washington Post, former First Lady Laura Bush denounced the Trump administration for separating children at the U.S. border from the parents of asylum seekers. The Department of Homeland Security has already separated 2,000 children.

“I live in a border state,” she writes of her living in Texas with her husband, former President George W. Bush. “I appreciate the need to enforce and protect our international boundaries, but this zero-tolerance policy is cruel. It is immoral. And it breaks my heart.”

She went on to compare the current situation with the treatment of children with HIV at the height of the AIDS crisis:

“Twenty-nine years ago, my mother-in-law, Barbara Bush, visited Grandma’s House, a home for children with HIV/AIDS in Washington. Back then, at the height of the HIV/AIDS crisis, the disease was a death sentence, and most babies born with it were considered ‘untouchables.’ During her visit, Barbara — who was the first lady at the time — picked up a fussy, dying baby named Donovan and snuggled him against her shoulder to soothe him. My mother-in-law never viewed her embrace of that fragile child as courageous. She simply saw it as the right thing to do in a world that can be arbitrary, unkind and even cruel. She, who after the death of her 3-year-old daughter knew what it was to lose a child, believed that every child is deserving of human kindness, compassion and love.”

As president, George W. Bush launched the U.S. President’s Emergency Plan for AIDS Relief (PEPFAR) in 2003. Thanks to PEPFAR, millions of people around the world have access to antiretroviral treatment.

I live in a border state. I appreciate the need to enforce and protect our international boundaries, but this zero-tolerance policy is cruel. It is immoral. And it breaks my heart.https://t.co/he1uw1E96A

“The test of any nation is how we treat the most vulnerable among us. Laura Bush made that case eloquently in The Washington Post this weekend, writing, ‘This zero tolerance policy is cruel, it is immoral, and it breaks my heart.’ And she is absolutely right.” 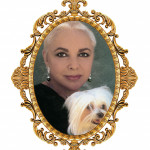