Late-breaking news that will send shockwaves through America... Brittany Gordon is the new Miss Williamsburg! Which candidate will she endorse? Will it be enough to swing Virginia in November of ’08? 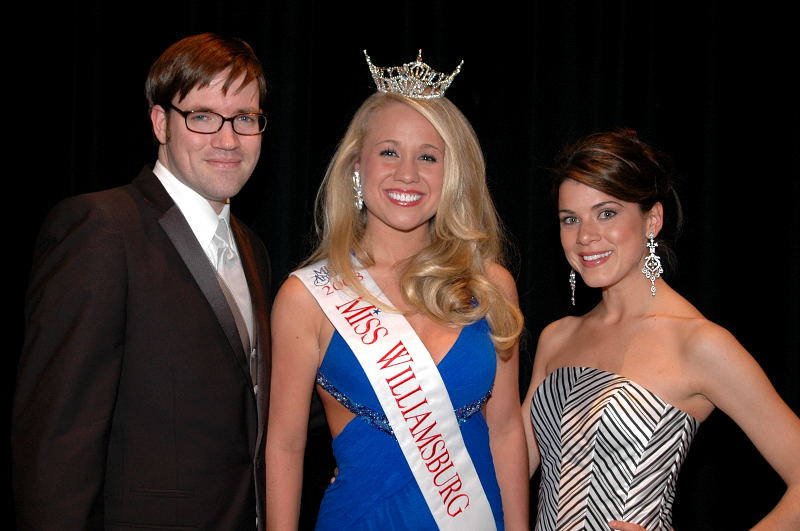 With co-host Kristi Glakas and Miss Williamsburg 2008, Brittany Gordon. (The one with the sash and crown.)

I gotta say that co-hosting a pageant was a lot of fun. Kristi and I kept to the script, which was written out and at the podium. I earned rave reviews for my debut among the local pageant elite, probably because I wasn’t nervous, not with Miss Virginia 2005 at my side.

It helped that Kristi is no stranger to doing this, and that I knew we’d play well off each other. (She’s a ham just like me, and in 2006 when she was giving up her crown she did Sears Model poses on stage, including the “Invisible Hat Tip” and the “Look, It’s a Bird!” poses, respectively.)

Oh, and here’s a photo of how I spent the last weekend of 2007, wearing the same tuxedo jacket... 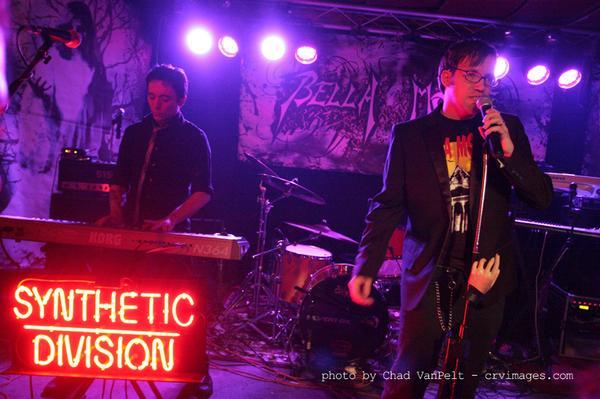 Check out some cool Synthetic Division reviews, over at ReGen Magazine.comand Subculture Shock on MySpace. New tunes up on MySpace, btw.

Too lazy to click? I understand. But ReGen noted that Synthetic Division is “like a bastard child of Erasure and DEVO; it has the quirkiness of the latter, yet the sentimental grace of the former.”

I’ll take that any day.