What’s All This About Organic Acids Testing?

Organic acids testing evaluates urinary metabolites that can be useful for discovering underlying causes of chronic illness. Treatment(s) based on OAT assessments can often lead to improved energy, sleep, and mental health conditions, as well as reduced attention and concentration problems, chronic pain, and digestive issues.

Organic acids are metabolic intermediates produced in pathways of central energy production, detoxification, neurotransmitter breakdown, and intestinal microbial activity. Accumulation of specific organic acids in urine often signals a metabolic inhibition or block. This abnormality may be due to a nutrient deficiency, an inherited enzyme deficit, toxic build-up, or drug effect. An organic acids urine test helps reveal activity and changes at the metabolic level, helping both patients and practitioners discover hidden issues and pinpoint where therapeutic focus is needed.

Organic acid compounds are seen elevated with overgrowth of opportunistic and pathogenic digestive bacteria, as well as yeast and other fungi. Certain microorganism-produced compounds, e.g., HPHPA, can alter neurochemical activity, affecting the brain and nervous system, which leads to behavioral, cognitive and various physical health problems.

Over the past decade or so, several kind of DIY diagnostic companies have begun to offer this test that is, depending on your vantage point, either a clinical game changer or complete bonk. Kansas-based Great Plains Laboratory and Asheville, NC-based Genova Diagnostics are the two outfits I have used over the years. And each offers its unique benefits. The former evaluates a full 70 urinary metabolites that can be useful for discovering underlying causes of chronic illness. The latter offers a more user friendly report and arguable superior customer service. Both cost around three hundred dollars-- maybe even three fifty-- and are variably and inconsistently reimbursed by insurance.

I find it to be money well spent (just think of all the things we plunk down two hundred, even six hundred dollars or a cool grand (car and/or home repairs/renovations, anyone? concert tickets, vacations? Fire Island shares?) and have helped folks uncover the roots of mysterious health complaints by doing this test or a combination of this along with other tests: GPL-Tox, MycoTox, glyphosate testing, nutrient testing and food sensitivity tests. What I also kind of love about this approach is that it can detect little problems before they become big problems: an ounce of prevention and all that. Treatment(s) based on OAT assessments can often lead to improved energy, sleep, and mental health conditions, as well as reduced attention and concentration problems, chronic pain, and digestive issues.

Gets a little wonky here, but the Organix test of Genova Diagnostics is summarized like this:

The OAT evaluates for various fungal toxins, including specific markers for candida, as well as other fungus such as mold and yeast. Many individuals rely on stool testing for candidiasis diagnosis. However, a stool test is often negative for candida overgrowth detection, while the OAT often detects the presence of candida and yeast toxins (authors experience). The OAT is overall more sensitive for candida analysis because it is detecting chemical production within the digestive system that is reflective of these organism’s metabolic activity, and tissue invasion along the mucosal lining of the gut. The organic acid arabinose, often elevated on the OAT, is linked to this process of mucosal invasion. Some of candida toxins can create problems with brain function including memory, attention, and focus.

What I also kind of love about this approach is that it can detect little problems before they become big problems: an ounce of prevention and all that.

The OAT evaluates for specific toxins related to various clostridia bacteria. Clostridia bacteria such as Clostridia difficile, aka the common hospital acquired pathogen often shortened to “C. diff,” can lead to digestive problems and poor health. But there are dozens of other clostridia strains (and associated metabolites/toxins) that exert an effect outside the digestive system. The main toxins evaluated on the OAT linked to different strains of clostridia are HPHPA and 4-cresol. Both HPHPA and 4-cresol can inhibit a dopamine converting enzyme, dopamine-beta hydroxylase, leading to excess dopamine in the brain and nervous system.

Abnormally elevated dopamine can form toxic compounds that adversely affect brain cells. The elevation of the neurotransmitter dopamine can also cause mood instability, and other cognitive problems. In severe cases, the presence of these clostridia toxins can trigger aggressive and self-injury behavior from high amounts of dopamine. This is a common scenario in special needs individuals such as those with autism. Evaluating for clostridia organic acid toxins can potentially be very helpful for anyone struggling with a developmental disorder, mental health problems, and neurological diseases.

The OAT test of Great Plains Labs (but not yet Genova) also now looks at oxalic acid aka oxalate. Oxalate is a compound found in many foods, most commonly, almonds, berries, spinach. Oxalate can also be produced by candida overgrowth, aspergillus mold, as well as certain metabolic imbalances linked to deficiency in oxalate metabolizing enzymes. High oxalate is often associated with joint and muscle pain but can lead to bladder and bowel discomfort as well. Severe cases of oxalate accumulation can cause kidney stones. Oxalate can trap heavy metals such as mercury, lead, and arsenic in the body and lead to mineral imbalances.

The OAT evaluates for mitochondrial imbalances. The mitochondria are the energy factories of our cells producing large amounts of adenosine triphosphate (ATP). ATP acts as energy currency for our body. Mitochondria are often stressed because of toxins from candida, bacteria, oxalate, heavy metals, and environmental chemicals. Mitochondrial dysfunction is common in many chronic health disorders.

Yin & Yang of the Nervous System?: Dopamine and Norepinephrine

The OAT evaluates for imbalances in dopamine and norepinephrine. The relationship between these two important brain chemicals is critical for attention, focusing, mood, calmness, and other functions of the nervous system.

High oxalate levels have been linked to joint and muscle pain but can also lead to bladder and bowel discomfort, as well as kidney stones.

When Two Roads Diverge In A Yellow Wood: Serotonin vs. Quinolinic Acid

The OAT evaluates for deficiency of excess of serotonin, one of the principal brain chemicals for mood, fine and gross motor skills, calmness, and sleep. (Melatonin is made from serotonin.) There are other markers evaluated on the OAT that can indicate toxic stress in the brain and nervous system. One of these potentially toxic compounds is called quinolinic acid. Elevated quinolinic acid can be toxic in the brain triggering increase receptor activity that allows for increase influx of calcium into a brain cell. This mechanism can lead to a host of cell problems causing or contributing to brain cell death and destruction. (Some of the most forward thinking Alzheimer researchers have recently begun to focus on gut dysbioses and the elevated levels of (highly toxic) quinolinic acid they produce in the brain as potential mechanisms that lead to amyloid plaques and neurofibrillary tangles “gunking up” even killing neurons in the brain leading to cognitive decline later in life.

Some of the most forward-thinking Alzheimer researchers have begun to focus on gut imbalances-- and the elevated levels of quinolinic acid they produce in the brain-- as triggers for amyloid  build-up in the brain.

The OAT evaluates for glutathione deficiency. Glutathione is a powerful antioxidant in our cells and protects against toxicity. The lack of glutathione leads to oxidative stress within the brain and nervous system which causes poor attention, focusing, and overall cognitive challenges (among many other problems!) Glutathione deficiency can also compromise immune system health.

Early next week I’ll return to the much anticipated “Part 2” installment of "Bret Stephens, We Worry" where we’ll get to see the results of his (hypothetical) organic acids testing (OAT) first hand, and how the information it provides might be used, both diagnostically and therapeutically. Psyched, huh?

About Mike:  Michael Barr, DAOM, IFMCP(c) studied acupuncture and Chinese herbal medicine in Los Angeles and New York and is licensed to practice such in NY, NJ and PA. Reach out to him at his new telemedicine platform, Root Resolution Health or for an invitation to his discounted herbal medicine and nutritional supplements dispensary. 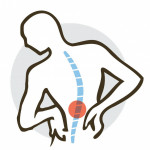