Pedro: The Movie will premiere on MTV on April 1. Written by Dustin Lance Black, the Oscar-winning screenplay writer for Milk, the movie depicts the life of the late Pedro Zamora. He was an HIV-positive activist and a former cast member of MTV’s reality show The Real World.

Born in Cuba, Zamora immigrated to the United States during the 1980 Mariel boat lift. He found out at the age of 17 that he was HIV positive after donating blood to the Red Cross. He became an AIDS educator, which prompted him to take his message to a national television audience.


The MTV producers probably got more than they had anticipated when Zamora joined the cast. His health deteriorated on camera. He died in 1994 at the age of 22 the day after the final episode aired.

I remember watching that season in awe of Zamora. My being newly diagnosed at the time and both of us being gay, HIV positive, from Cuban families and about the same age (I was two years older), I felt a great kinship with him. I don’t know if I could have done what he did. I admired his courage.

Zamora was featured on the cover of the third issue of POZ. Although he was a reality-show star, his contribution to the culture was not trivial. The reviews on the movie itself are mixed, but nonetheless Zamora deserves to be remembered.

Watch a trailer for the movie: 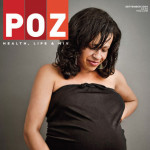 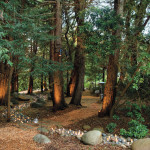