Race and HIV: A More Uplifting Way to Frame the Discussion

The following post is by Valerie Rochester, Vice President for Program Strategy at AIDS United. 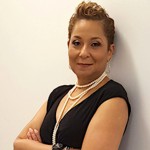 Wednesday, February 7, is National Black HIV/AIDS Awareness Day (NBHAAD), and the 2018 theme — Stay the Course, the Fight is not Over — offers a national platform to not only re-focus the nation’s attention on the toll this disease has had on the African American community, but to also elevate the dialogue around the issues that are the drivers of HIV infection rates in our communities — issues such as race, gender, social justice and health equity. And while it is impossible to have any legitimate discussion of the HIV epidemic in America — or any other health or socio-economic disparity for that matter — without discussing race, we can’t ignore the fact that the discussion needs to go far beyond that as well. Conditions such as poverty, educational and economic injustice, racial and gender bias, gender-based violence, mass incarceration, and the resulting impact of trauma are all conditions that have been intentionally ingrained in our society and help create an environment for the HIV epidemic to continue.

But while so much of the discussion around race and HIV seems to conjure up negative perceptions about people in the communities most impacted, today I want to pose a more positive framing for the discussion. Despite the shockingly disparate numbers that we see and hear about — 44 percent of people diagnosed with HIV each year are Black, although we make up only 13 percent of the overall U.S. population — we must look beyond those numbers and uplift the humanity of people who are far too often reduced to statistics. We must recognize and trust in the resilience and abilities of Black and brown people lead the way in identifying and applying strategies to end HIV in our communities.

We have seen recent CDC surveillance data showing decreases in new HIV infections among Black people overall, including Black women, Black heterosexual men, and Black gay men. These positive findings demonstrate that our community understands and is doing much of what we need to do to protect ourselves, take control of our health, and improve our health outcomes.

So, what IS behind the persistent disparities that continue to affect our communities? How is public health programming failing to address the needs of our community? These questions should be the focus of continuing discussions about race and HIV.

NBHAAD is an opportunity to begin to articulate a collective vision for addressing HIV in our communities that is grounded in racial and social justice; and builds on the inherent strengths in our communities. It is an opportunity to uplift a new generation of leaders and highlight innovative programming that is community-born and driven to serve us. It serves to remind decisionmakers and policymakers that there should be nothing for us, without us. It is time to believe in Black people magic. This NBHAAD, let’s celebrate that, and the fact that we will triumph over HIV too.