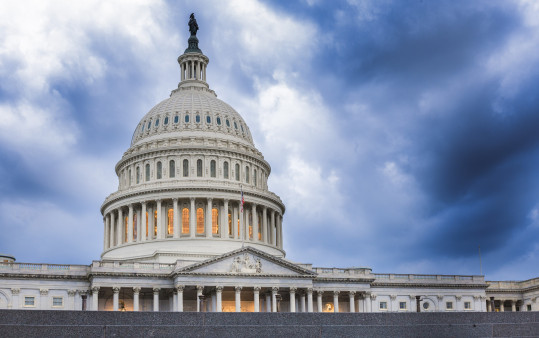 To avoid another government shutdown, a resolution must be met by October 1.

Senate Republicans want to get Fiscal Year 2020 appropriations done on time, but not if that means supporting reproductive rights and openly defying the Trump administration’s anti-choice policy changes. Both a subcommittee and full committee markup of the Labor, Health and Human Services, Education, and Related Agencies (L-HHS) bill were cancelled this week by Senator Richard Shelby (R-AL), chair of the Senate Appropriations Committee, due to the possibility of the introduction of an amendment that would reverse and block the effects of the Trump Administration’s newly enforced “gag rule,” which restricts Title X grantees from disseminating information about abortion care/abortion care providers.

Before both chambers left for summer recess in August, party leaders on both sides of the aisle agreed to proceed in appropriations negotiations without the insertion of “poison pill” riders—policy provisions so named because of their ability to poison the rest of a bill due to their partisan nature. Now, however, it seems appropriators are not reaching consensus on which amendments are “partisan enough” to be in violation of that handshake agreement.

Senator Patty Murray (D-WA) planned on introducing the amendment barring the Trump Administration from implementing its limitations on providers at the L-HHS subcommittee markup of the bill. The Coalition for Health Funding reports that it was “an amendment that reportedly would’ve passed in full committee with Senators Susan Collins and Lisa Murkowski likely voting in favor.”

With only 11 legislative days remaining before the start of the new fiscal year on October 1, it is likely that Congress will need to pass a continuing resolution (CR)—extending fiscal year 2019 funding levels into FY 2020—in order to avoid a government shutdown. It is rumored that this CR is already being drafted on the Hill and includes anomalies, or carve-out increases for specific programs, for the US Ebola response, the Indian Health Services, and others. As of right now, funding linked to the Trump administration’s Ending the HIV Epidemic plan has not been included as an anomaly in the House CR.

Although a CR is certainly preferable to a shutdown, delays in establishing payment details in a new fiscal year and flat-lined budgets hurt the ability of those on the front lines doing the important work of providing services and care.

AIDS United will continue to work with allies in Congress to see that the fiscal year 2020 budget and appropriations deals come in a timely manner and include the necessary resources for programs supporting people living with and affected by HIV. Check back with the Policy Update regularly for the latest on federal HIV funding and programs.