With real live celebrities reveling in the audience and larger-than-life talent competing onstage for trophies, cash and legendary status in the house and ball scene, GMHC’s 29th Annual Latex Ball, held June 22, was a characteristically over-the-top spectacle that never disappointed.

Tony-winning actor and Pose star Billy Porter and Star Trek: Discovery and 13 Reasons Why actor Wilson Cruz were among the 3,000 fans who packed the live music venue Terminal 5 in New York City’s Hell’s Kitchen to celebrate this year’s theme, “Heavenly Bodies.” The event paid tribute to the stars living on earth and, to paraphrase the event’s organizers, “those who shine like stars in the heavens…but we lost too soon…due to AIDS, transphobia and other challenges that plague our community.” The ball also paid homage to the Metropolitan Museum’s current exhibition Heavenly Bodies: Fashion and the Catholic Imagination in fabulously blasphemous ball fashion via such categories as Butch Queen Face: Angels in America, Fem Queen Body: You Are the Heavenly Body and more.

The event also honored a true legend in the ball world, Hector Xtravaganza, who died of lymphoma earlier this year and was last seen at the Latex Ball as a judge last year. An HIV-positive advocate and activist, Xtravaganza participated in the first Latex Ball, in 1990, and did outreach via his work as a volunteer for GMHC as well as via his role as grandfather of the House of Xtravaganza. Before announcing the Butch Queen category that called for competitors to “bring the innovative spirit of Hector” by showing off their own interpretation of Xtravaganza’s iconic tuxedo gown suit (a look Billy Porter revived for the Oscars red carpet this year) from an early ball, emcee Jack Mizrahi called for applause to celebrate Xtravaganza’s life and a moment of silence to honor his death.

Voguing aside, the ball’s original raison d’être was never too far from anyone’s mind. The first Latex Ball took place in 1990 and was intended as both a celebration of life and a way of educating the predominantly Black and Latino members of the ball community how to protect themselves against HIV during the peak days of the AIDS epidemic. In those days, safe sex meant condoms (latex). These days, prevention comes in many forms, including treatment (those with HIV who are on treatment and maintain an undetectable viral load cannot pass on the virus to others sexually) and Truvada as pre-exposure prophylaxis (PrEP). In the spirit of the original ball, GMHC not only shared prevention information before the competition kicked off but also offered on-site HIV testing and promoted its many services for those living with the virus. But naturally, once the music started pumping and the ball got rolling, all eyes were on the runway. Check out these pics and you’ll see why. 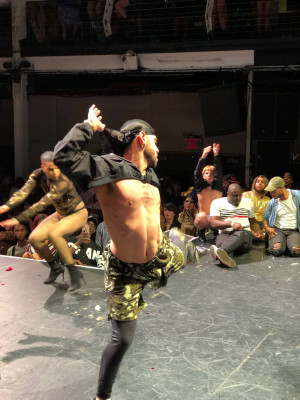 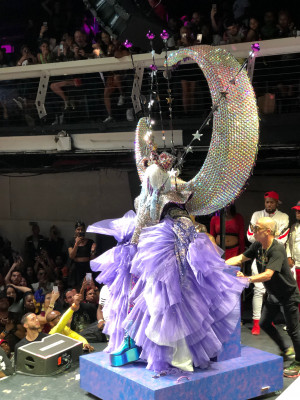 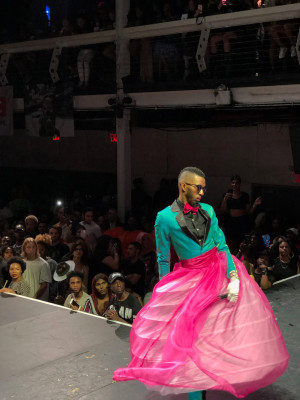 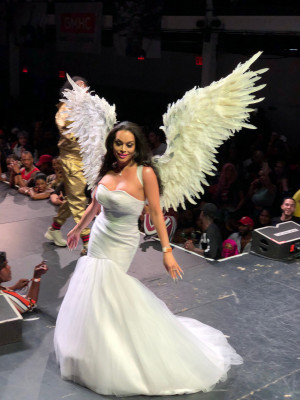 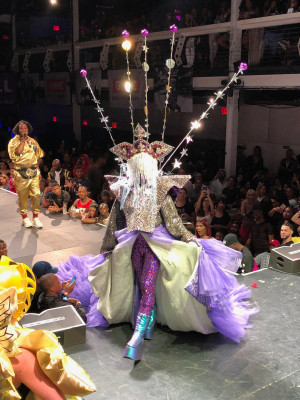 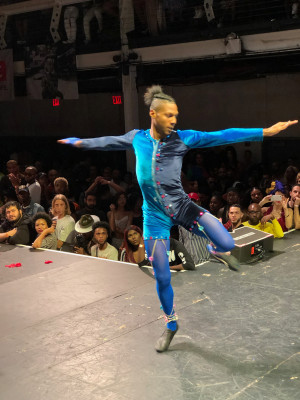 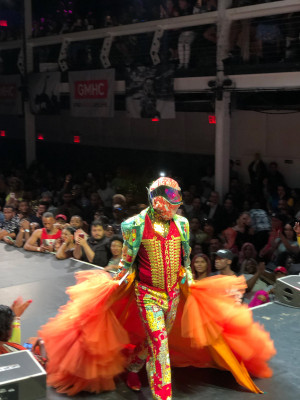 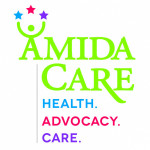