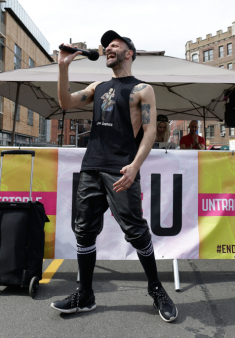 Today, U=U Hero Takes the Reins of HIV/AIDS at the CDC

Dr. Demetre Daskalakis, formerly New York City’s deputy commissioner for the Division of Disease Control, assumes a new position at the CDC as director of the Division of HIV/AIDS Prevention today. This is tremendously hopeful news for the national effort to end the epidemic and for the many folks who are working hard to inform people with HIV, providers, policymakers, and the public that a person with HIV whose treatment has suppressed the virus to undetectable levels cannot sexually transmit HIV (Undetectable = Untransmittable or U=U).

Demetre is a hero of the international community-led U=U movement of HIV activists, advocates, researchers, and over 1,000 Community Partners from 102 countries who are uniting to clarify and communicate the life-changing, stigma-busting, transmission-stopping message of U=U.

The world has its eyes on NYC, and by bringing this great city on board, Demetre truly ignited the campaign. The movement had begun!

In those early days, PAC and U=U needed heroes to bring credibility and gravitas to this little-known message and campaign. Before I met Demetre, I’d read about and admired his radical and highly acclaimed work as the Queer Health Warrior. So, when I first talked to Demetre about the campaign, I was hopeful. Still, I honestly couldn’t imagine a major public health official, let alone the major city health department, endorsing this radical statement of an upstart community-based advocacy organization. But less than two weeks after we launched U=U, Demetre and NYC became the first public health official and city worldwide to sign onto the campaign and declare U=U. I was incredibly proud to be a New Yorker living with HIV. The world has its eyes on NYC, and by bringing this great city on board, Demetre truly ignited the campaign. The movement had begun!

Demetre didn’t stop at NYC’s endorsement. He worked with Johanne Morne, director of New York’s AIDS Institute, to sign on New York as the first state to endorse the campaign, and with Murray Penner (when he was executive director of NASTAD) to sign on NASTAD as the first US national HIV/AIDS organization and to move health departments around the country to follow New York City’s lead.

In Queer Health Warrior style, Demetre sponsored and DJ’d the U=U Street Party in April 2017 with Housing Works and its CEO Charles King, also a pivotal leader in the growth of the U=U movement. He released U=U statements and resources for HIV providers and the public, launched innovative U=U campaigns on subways and billboards, and danced (of course) on the U=U float at NYC Pride. He has spoken about U=U at numerous national and international conferences, underscoring the importance of U=U even on occasions when the conversation was primarily about PrEP. When we were in Athens together to speak in 2019, I had the privilege of watching him, with ease, move the mayor of Athens to sign the city onto the campaign.

In his own words from the NY End the Epidemic Dashboard, April 9, 2018:

In the summer of 2016, I signed on to Prevention Access Campaign (PAC)’s ’Undetectable = Untransmittable,’ or ’U = U’ Consensus Statement, making New York City the first jurisdiction in the United States to join the ’U = U’ campaign. At the time, the statement – that people with HIV who are on antiretroviral treatment and have an undetectable viral load do not transmit HIV sexually – was not the party line for public health leaders in the United States. Promoting “U = U” as an evidence-based public health intervention is key to dismantling stigma and connecting New Yorkers to the prevention and care services to which they are entitled.

New York City is proud to be the first jurisdiction in the United States to have joined the “U = U” movement, and even prouder that health departments across the country are following suit.

It is critical that national, state, and local guidelines be reviewed to reflect the data showing that “U = U."

The CDC’s choice of Demetre speaks volumes about their commitment to a bold response and to making “disruptive innovation” more than a catchphrase. Over the years, the CDC, and other federal health agencies have gone above and beyond for U=U. During the early days of the campaign, I feared that public health officials at the CDC would try to stonewall us. I was pleasantly surprised. Since early on, when we started conversations about updating the messaging about transmission risk, they’ve been responsive, thoughtful, and surprisingly bold. In 2017, when Drs. Jonathan Mermin and Eugene McCray (Demetre’s predecessor at the CDC), high-ranking officials at the CDC, released a statement confirming the science of U=U, it made world news from Kuwait to South Africa to China. It was a historic milestone. At last, we had the authoritative confirmation we needed that, on effective treatment, we can love, have sex, and conceive children without any fear of transmitting the virus to our partners. The world was profoundly changing for people with HIV.

We’ve come a long way since Demetre brought NYC to U=U. Now, with the global muscle of the World Health Organization, PEPFAR, UNAIDS, USAID, health ministries and hundreds of other influential organizations, and most importantly, a growing beautiful international community of people with HIV from every background speaking out and leading the way, we are changing what it means to live and love with HIV around the world.

U=U took off from a campaign to a community-led global movement because of the pioneering activists, researchers, public health officials, and other allies who spoke the radical truth. There are few people on the planet who have made U=U a reality for all of us more than Dr. Demetre Daskalakis. My colleagues in the U=U movement and I are thrilled and full of hope as he starts his role as Director of the Division of HIV/AIDS at the CDC. 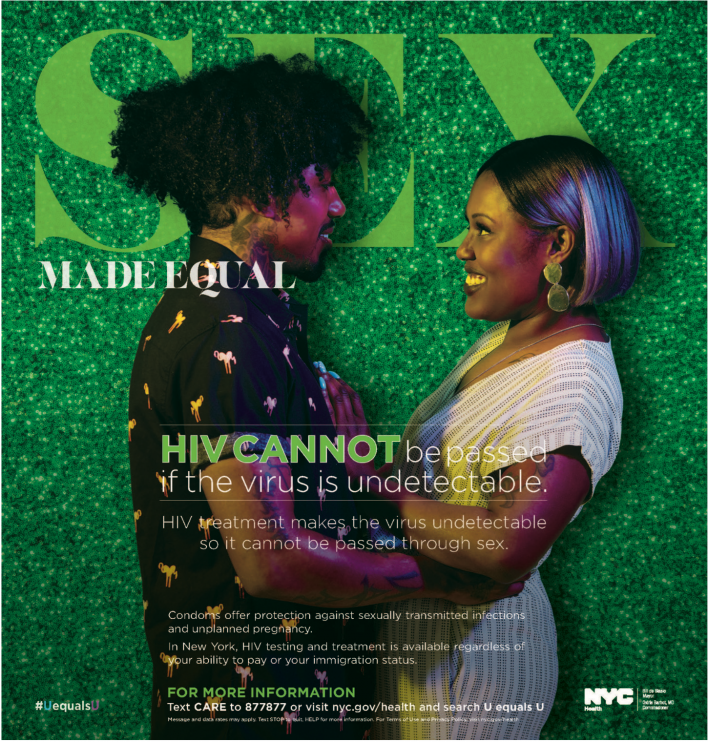