This year’s theme was “Our Thoughts. Our Voices. Our Time.”

The theme of Iris House’s 14th Annual Women as the Face of AIDS Summit, held on May 6 at Bethel Gospel Assembly in Harlem, New York, was “Our Thoughts. Our Voices. Our Time.” Among the more than 250 participants, presenters and speakers making their thoughts known and voices heard were many women living with HIV.

The summit kicked off with opening remarks from executive director Ingrid Floyd, followed by an update on HIV and women and girls by Theresa Mack, MD, MPH of St. Luke’s Medical Group. Participants then broke up into 16 workshops spanning such topics as storytelling, access to care, pre-exposure prophylaxis (PrEP) and peer programs.

“In It Together: Improving HIV Health Literacy for All,” one of the event’s first breakout sessions, aimed to improve participants’ capacity to deliver HIV services that meet the health literacy needs of diverse people living with or at risk for HIV. Another session, “Collective Storytelling for Great Impact,” taught participants how their own stories could be a part of collective action and change.

‪Moya Brown-Lopez from JSI Research & Training Institute ‪discusses the steps providers can take to meet the health literacy needs of patients living with HIV. She encourages workshop attendees to “treat everyone the same”, and not to make assumptions about health literacy based on stereotypes. #wfasummit #womenempowerment #hiv #hivpositive #blackgirlmagic #womenofcolor #publichealth #healthliteracy

The second wave of morning breakout sessions featured “A Recipe Book with a Story—Sabor Latino,” which addressed how peer-inclusive programs can empower patients to take control of their care and improve adherence and engagement in care as well as strengthen relationships between patients and their providers.

At “Support and Hope: Helping Women Living with HIV Who are Isolated by Geography and Circumstances,” attendees learned about the importance of support groups, notably, those that address the needs of women with HIV in rural areas or who are home-bound in urban communities.

Gina Brown from @SouthernAIDSCo and @iamlhscruggs are discussing the importance of the mentor/mentee relationship at the #WFASummit. “At some point a good mentee will overtake the mentor. And a good mentor will never be jealous of her mentee.” pic.twitter.com/dvrJmBiMr4

In addition to a networking reception, the summit concluded with a presentation led by Robert Fullilove, EdD, associate dean for community and minority affairs at Columbia University Mailman School of Public Health, that explored how 400 years of slavery and mass incarceration have contributed to rising HIV rates in the United States.

“The theme of the day was exemplified by the great diversity and high energy of our participants,” Floyd said in a statement. “Their voices, heard loud and clear through the day, were passionate and informed.”

Dr Robert Fullilove educates the audience on the roots of slavery which started 400 years ago in 1619. HIV/AIDS and 400 Years of Inequality #WFASummit #inequality pic.twitter.com/AqtxDMEINc 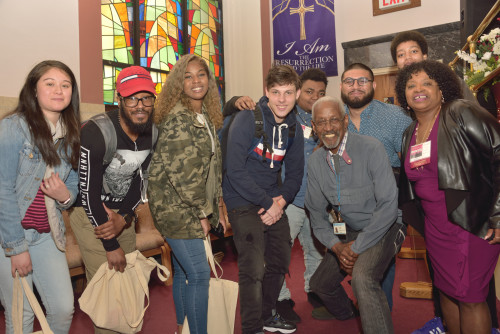 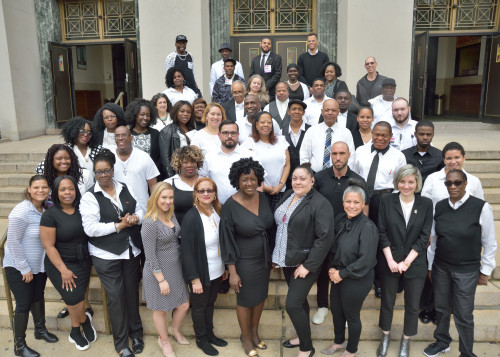