Ernest Hopkins, an HIV-negative advocate in the fight against AIDS, shares his concerns for people with HIV.

Ernest C. Hopkins is the director of legislative affairs at the San Francisco AIDS Foundation (SFAF). He has led SFAF’s federal funding, policy and legislative efforts since 1997. For two years before SFAF, he was the director of health and treatment at the now defunct National Association of People With AIDS (NAPWA).

In 1991, Hopkins cofounded the first Black Gay and Lesbian Pride Day. In 1997, he collaborated in the creation of the Minority HIV/AIDS Initiative. He is currently the chair of the National Black Gay Men’s Advocacy Coalition and the Communities Advocating Emergency AIDS Relief Coalition.

Hopkins shares his thoughts on the end of NAPWA, pressing policy priorities for people with HIV, the importance of gay men’s health—and on being an HIV-negative leader in the fight against AIDS. 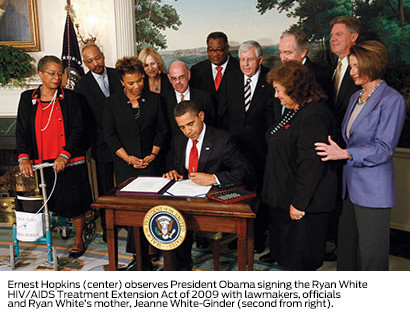 Tell us your thoughts on the aftermath of NAPWA.
When I worked there, it was the voice of people living with HIV. At the time, there were so many sick people and we were losing staff. You were face-to-face with courageous people trying not only to save themselves but also to make a difference in the larger community. It was powerful for policy makers and opinion leaders to see.

Ultimately, the model for NAPWA—a community-based organization with lots of staff and overhead and big offices—maybe it was never the right model. It certainly was not a sustainable model. There was no constituency of resource support, so there were no membership dues, there was no regular money coming in from the community.

The money that was available came from pharmaceutical companies and the federal government. There are challenges being autonomous and responsive if you have to go through the government. So I can’t say I was surprised that it folded. It just was not up to date. I was surprised at the way it folded [in bankruptcy].

The voice of people with HIV is as critically important as it ever was. I’ve heard loud and clear from senior congressional staff that what they really need to hear is how HIV-related programs or the lack thereof would impact real people in their states. It would be fantastic if we could develop stories of people on these federal programs.

What are some policy priorities for the rest of 2013?
We want to make sure Congress knows how valuable the Ryan White program continues to be for people with HIV. We also need to give them some history on it because it’s a very new Congress with lots of new staff. Although we go up there annually, many people we’re talking to this year we’ve never talked to before.

It’s a challenging term to start from scratch, because Ryan White is up for reauthorization in September and full implementation of the Affordable Care Act [a.k.a. the health care reform law, or ACA] will start in 2014. Lots of folks who currently receive Ryan White support will be rolling into some form of public or private insurance as a result.

Having a conversation with congressional staff about how Ryan White and ACA are going to integrate is a bit of a dance. Since most people don’t know yet which program they’re going to roll into, they don’t know what they’ll need from Ryan White in the future and what they’ll be receiving from their insurance plans.

Community-based organizations are going to be essential to the success of ACA implementation. All those providers that previously were receiving the majority of their service support from Ryan White are now going to have to become essential providers in the ACA network of care. We’re trying to get a handle on how that happens.

I also hope we begin to explore and fix this rift between the HIV/AIDS and LGBT communities. I expected that it would improve, but it has gotten worse. The HIV/AIDS movement started in LGBT bedrooms and living rooms, and now we act like it’s a stepchild. That’s a conversation I find to be lacking.

That has not been my experience, but that is a strongly held opinion. It stops people from targeting resources and programmatic support. At SFAF, we have a long-standing commitment to gay men’s health and wellness. It is critically important to us that attention is paid to the fact that the epidemic continues to increase in gay men.

We’re focused on gay men, on gay men of color and the rapid increase in HIV cases in those communities. The challenge is that much of the messaging that needs to be done is subject to review by governments that aren’t always comfortable with saying and doing what needs to be said and done with regard to these populations.

As a result, we’re trying to figure out how we step away from some of this government engagement and get back to community support. We need to develop messages that might not get through government scrutiny, but that are critically important to the folks who need to hear it and have it presented in a particular way.

Why did you get involved in the fight against HIV/AIDS?
It was place and time. I was an undergraduate at Columbia University in the 1980s, living on the Upper West Side of Manhattan with some club kids who were founding members of the Saint [a popular gay nightclub]. People who were considered New York City’s finest began to get sick and die, and it scared the shit out of me.

My father was an obstetrician and gynecologist, and my mother was an anesthesiologist, so lots of my family friends are doctors. I told them what I was seeing. They all had theories, but they didn’t know what was causing it either. I really didn’t want to be in medicine, but I thought that I could make a contribution in another way. 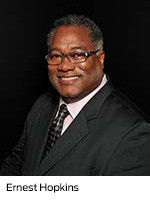 I was a buddy [caregiver] at GMHC early on. Then I left New York for Italy for some work. I would come home for periods of time and hear the horror stories. In 1990, I decided to come back and get involved. Before I knew it, I was on the planning council for the region. Then I went to NAPWA, and then I came to SFAF in 1997.

The freedom and flexibility I found to take on key policy issues were exciting. It was also a place where important resources were targeted to policy. It was a great opportunity for me to work with people I respected and who were passionate about the same things I was passionate about—and that’s just sexy. It just is.

How does it feel being HIV negative in the work you do?
It feels much better now. It was a terrible feeling working with people you cared so much about who were sick. One day they were there, the next day they were on a ventilator, then dead. You had to stuff a lot of feelings, which are still stuffed. There’s been no real opportunity to process any of that. The advent of antiretroviral treatment was a miracle. It meant that I was going to be able to keep my friends.