Behind the Headlines
Outrage over Tyler Perry’s latest movie Temptation: Confessions of a Marriage Counselor prompted several op-eds on POZ.com. Chris MacDonald-Dennis challenged the director’s version of Christianity in “An Open Letter to Tyler Perry” (April 4, 2013), and Naina Khanna argued that the film preys on the public’s fears of people with HIV in “Why Tyler Perry’s Temptation Kills Women With HIV” (April 19, 2013). (In the movie, the character of Judith cheats on her husband and contracts HIV.)

I was very angry with [Tyler Perry] when I saw the movie. I hate it when black people feel like they have to defend his ignorance. I have been positive for 20 years. A lot of Christians where I live give me nothing but a hard time. This movie just gives people a pass to further stigmatize people living with HIV/AIDS.

Thank you Chris for being spot-on! I am also a Christian and am perturbed by a common view among our church leaders that HIV is a punishment and we should bear it until God shows us mercy and heals us. Thousands are suffering because of such ignorant views.

Wow! Very well said. It seems as though Hollywood and Mr. Perry are very good at perpetuating stereotypes. It’s similar to when blacks and Latinos are typecast as the “bad” guys. Shame on Mr. Perry for his overly simplistic and judgmental view of a faith that exalts forgiveness and love. Thanks for the heads-up. I’ll definitely not be watching this flick.

As a black poz Christian, I think you misread Perry’s intent. He only had two hours to try and make an impact on his people. For some “black folk” his portrayal may be the only HIV education they get. At least he’s not running from HIV like most churches and ministers. I go to church every Sunday and do not hear anything about HIV. At least [Perry’s] trying.

Did anyone expect decent, mature, thoughtful writing from Tyler Perry? His portrayals of anyone are at best juvenile and at worst misogynistic. I am not surprised at all by this. His comedies aren’t funny, so why should his thoughtful work be thoughtful? He’s been trashing women since he started.

I have to defend Tyler Perry’s decision to highlight a major issue within the communities of color. I applaud him for his use of real-life situations, which clearly are thought-provoking and have affected you enough to write this piece. His direction is meaningful and purposeful. I feel that he was attempting to clarify many of the social norms and stigma attached to HIV. You raise excellent points about your interpretation; however, please note that he has achieved his goal: discussion.

I was insulted by the distasteful portrayal of HIV-- positive people—especially the women—in the movie Temptation. HIV-positive women come from all walks of life—we are not one-dimensional. We are not shameful, unempowered, lonely old maids as portrayed in the movie. Many HIV-positive men and women are productive and are doing great things to contribute to the good of society. HIV-positive women are strong, empowered, beautiful and deserving of the best in life.

Thank you Naina for your thoughtful review of what sounds to be another poor characterization of African-American women and [a film that] slanders Christianity in general. We are certainly not simple-minded victims, nor are we oversexed and desperate for a man at any cost or risk. I am personally no longer [interested] to see any form of entertainment simply because it is supposedly “Black.” Truth is truth, and art is art. This movie is neither.

Thank you for telling the world how Temptation directly works against the President’s National HIV/AIDS Strategy. Who in the hell would come forward to get tested after seeing the isolation and stigma promised in Perry’s film? Keep educating the world Naina. We are women, people and communities living with HIV—not dying. Lead us not into Temptation.

Coping Mechanisms
In the op-ed “HIV and the Power of Escape” (April 10, 2013), Perry Halkitis reflected on why some long-term survivors have used sex and substances to cope.

Mr. Halkitis is seemingly trying to bring a lot of knowledge together with hopes of more forgiveness for the wounded veterans in the War to End AIDS. Yes the war is over for many, but like many great wars it takes generation after generation to heal the trauma. Healing of this PTSD [post-traumatic stress disorder] for me can only come through forgiveness [of others] and self-forgiveness.

As an HIV-positive survivor of meth and alcohol, I am anxious to read your book. I came out in the ’80s, when everyone was dying; we partied to forget. I used meth to feel better about myself and amazingly avoided HIV until 15 years after getting clean. I saw how our poz brothers needed to feel connected, and I know the damage caused by my use. I am fortunate that I have made a successful life for myself and that I am with a partner who has survived 25 years of HIV. Thank you for your insight.

As a long-term survivor, I know firsthand that this is a topic that needs to be discussed in the open. I look forward to reading your book. 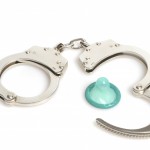 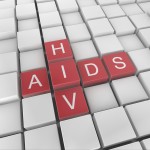