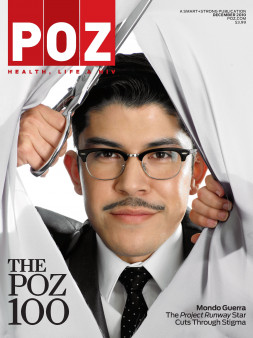 Some of the bravest, most dogged and downright effective AIDS fighters we know

This past year was a banner one for waging war on AIDS in America. President Obama staffed up the President’s Advisory Council on HIV/AIDS (PACHA), reopened the Office of National AIDS Policy and invited several hundred people (many of them living with HIV) to the White House to celebrate the launch of a National HIV/AIDS Strategy. Needle exchange was approved—as was the Affordable Care Act (a.k.a. the health care reform bill that will insure many who have HIV, albeit not until 2014). And the travel ban for HIV-positive people entering the United States was lifted. It was announced that, for the first time since 1990, the International AIDS Conference will again be held in America, this time in Washington, DC, in 2012.

The money is starting to flow: The president pledged $30 million additional dollars for HIV prevention, infused the crumbling AIDS Drug Assistance Program with $25 million in emergency funding (though unfortunately the need still outpaces the support) and secured from Congress $50 million more for the Social Innovative Fund—some of which has already been awarded to organizations that fight AIDS in America (for example, the National AIDS Fund). The Global Health Initiative was established, securing the President’s Emergency Plan for AIDS Relief’s $48 billion budget (for the moment).

Science also upped the ante. For the first time in years, HIV researchers will say a cure for AIDS is feasible. And results of recent studies show there is good hope for microbicide and vaccine development (though much work to do).

Anthony Fauci, MD, director of the National Institute for Allergy and Infectious Diseases at the National Institutes of Health (NIH), said NIH will concentrate more funding on AIDS cure research in the near term. And Thomas Frieden, MD, MPH, director of the Centers for Disease Control and Prevention (CDC), named HIV/AIDS one of six “winnable battles” the CDC will focus on fighting.

Never in the three decades we’ve battled this beast have we been better poised to administer a TKO to HIV.

But perhaps the most important development is that we’re zeroing in on who is at risk for HIV in America today—and why. And we’re developing successful ways to help. It’s critical that we do: Of the 1.2 million Americans estimated to be living with the virus, 21 percent don’t know their status. In addition, more than 650,000 of them are not connected to care.

Why is this true?

Many people living with HIV in America today face a unique set of structural and lifestyle challenges, including, but not limited to: poverty, hunger, under- or unemployment, illiteracy, racism, discrimination, immigration issues, homelessness, stigma, previous or current incarceration, sexual or domestic violence, homophobia, substance use, criminalization, addiction, and childcare and mental health issues. Much of what we have learned about fighting HIV has to be reconsidered in light of who is contracting the virus today and why.

Which is why we’re taking education and outreach efforts to the streets in ways that are specific to the various communities impacted by this disease. 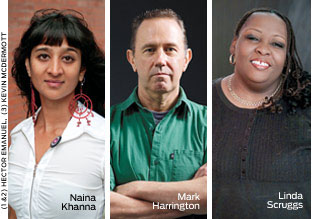 HIV/AIDS is disproportionately affecting people of color in the United States, men who have sex with men (MSM) and youth. And you can’t talk to all these people the same way, or reach them in the same places. For starters, they don’t face the same challenges. Even within subpopulations, the reasons why someone may be more likely to get HIV, or to develop AIDS, differ widely. A gay Latino teenager in Arizona faces different cultural and health care hurdles than a gay black teenager in Baltimore. Yes, they’re both young gay men of color, but they need different kinds of help, support and education. Different messages will move them to get tested, to seek support, to link to care.

But we’re making headway by directing federal and state health care dollars and the support of the pharmaceutical industry to brave new worlds. We’re testing people for HIV at the Division of Motor Vehicles, babysitting their kids so they can get to a support group or a microbicide trial, teaching them about AIDS at quilting workshops in church basements and in local hair salons, employing the help of faith leaders and using spoken word poets, YouTube videos, smart phone apps, Twitter and Facebook to teach things like safer sex. And we’re not shying away from real-life solutions like handing out clean needles, giving kids condoms and teaching prevention tactics like cheeking and mutual masturbation.

For the momentum to continue, to ensure that high-level promises are kept and to get the funding we need to effectively implement the tenets of the National HIV/AIDS Strategy, we need our A-list soldiers on the line.

In that spirit, we offer the following list of 100 people we feel have great impact on HIV/AIDS in the United States today. We have many of them to thank for the progress we’ve recently made. These people are also likely to keep the heat on in the months and years to come.

The tenure of their experience, areas of expertise and methods they employ vary wildly. But they all have several things in common. They are effective—and can prove it with measurable, evidence-based outcomes. They are relentless and tireless in the face of people constantly telling them no, it can’t be done; no, we don’t have the money. They bravely lay their heads on the chopping block; they take risks—and sometimes body blows—occasionally falling down but getting up quickly. They are in the trenches and on the right path. They know how to think outside the box, get inside the system and draw the spotlight. They are alternately diplomats and troublemakers. They can galvanize, get the inside scoop and rabble rouse. People trust them, listen to them, invite them to tell it like it is. What they say is not always popular, but it often informs the next step or shows us a new path.

Some of the people on the POZ 100 will seem like the usual suspects. A good portion of this list is names of people who have been at this work since the beginning of the pandemic. That is a tribute to their adaptability, resilience and talent. Some are people you may never have heard of before. They are the newcomers, the upstarts, the young guns.

Who’s not on this list? Pharmaceutical and industry people, people in the federal government whose work is focused on HIV/AIDS and people who individually donate millions. We left off the who’s who of the global AIDS arena; A-list celebrities; members of the media who focus on HIV/AIDS and doctors and nurses who treat people living with HIV/AIDS (though you will see “MD” or “MPH” after some names, the people we’ve chosen aren’t currently treating ?patients, with one or two exceptions, but it is their work in other arenas that landed them on the list). We’ve also not included our fallen icons, the brilliant ones we have lost to HIV—many of whom are why we’re alive today.

It would take a volume of POZ the size of a New York City phone book to do justice to all the incredible people who are not on this list. Our choices are sure to cause controversy so we want your feedback. Be sure to let us know if you think we missed a key player in the fight.

In short, the POZ 100 is a powerful, influential, inspirational corps of warriors well-positioned to help shepherd in the end of the AIDS pandemic. Those on this list are leading the charge to abolish the stigma, discrimination and criminalization of HIV that keep people from getting tested, getting support—and connecting to lifesaving care. To banish HIV for good, we will need the help of many others already involved in or willing to join the fight.

We hope you will also celebrate the people on the POZ 100 and their good work. Support them. Write about them. Give them your ideas. Listen to them. Offer to work beside or for them. And, of course, applaud them. As we do now. Bravo to the 100 of you who tirelessly help those living with HIV/AIDS and who work to ensure others don’t contract the virus.

The POZ 100 is listed in alphabetical order by last name.