ACT UP joins other national activist groups for its first protest at the White House. The police wear rubber gloves while arresting protesters. (1987)

Nkosi Johnson, a South African child born with HIV who had a powerful impact on the public perception of AIDS and was the keynote speaker at the 13th International AIDS Conference, dies of AIDS-related complications at age 12. (2001)

NOT OVER exhibition presented by Visual AIDS opens at La MaMa Galleria. (2013)

POZ launches POZ at Home, a live event that brings together community members to discuss HIV-related topics. The first episode features a conversation with Mark S. King, Venita Ray and Charles Sanchez about how they are coping during the coronavirus pandemic while living with HIV. (2020) 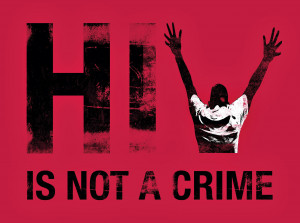 HIV Is Not a Crime, the national conference devoted to tackling HIV criminalization in the states, debuts in Grinnell, Iowa. (2014)

The U.S. Food and Drug Administration (FDA) approves the Amplicor HIV-1 Monitor Test, which measures viral load, or the amount of HIV in the blood. (1996)

The Bill & Melinda Gates Foundation announces funding for 11 condom designs with grants of $100,000 each to improve user experience. The grants are funded through its Grand Challenges Explorations initiative, which supports innovative ideas to tackle key global health and development problems. (2014) 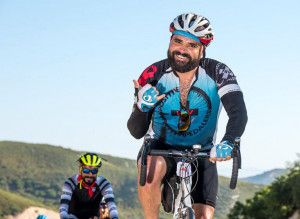 A rider in the 2019 AIDS/LifeCycleFacebook/@AIDSLifeCycle

ACT UP demonstrates at the Fifth International Conference on AIDS in Montreal and calls for parallel track drug testing in AIDS treatment research. (1989) 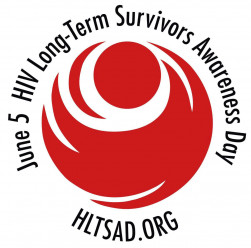 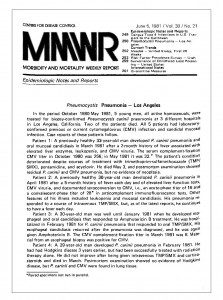 The U.S. Centers for Disease Control and Prevention (CDC) reports the first cases of a rare pneumonia—later determined to be AIDS related—in young gay men in the Morbidity and Mortality Weekly Report. (1981)

Actor Larry Kert, who played Tony in the original Broadway production of West Side Story, dies of AIDS-related complications at age 60. (1991) 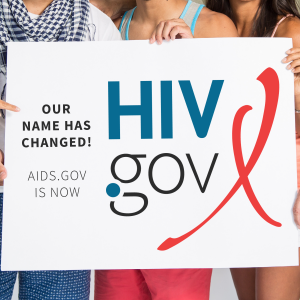 The new logo for the newly named HIV.govCourtesy of HIV.gov

AIDS.gov, the U.S. government’s main source of information about HIV and AIDS, changes its name to HIV.gov. (2017) 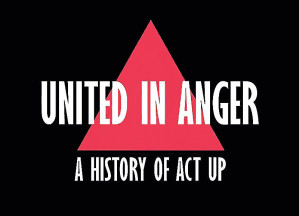 United in Anger: A History of ACT UP, a documentary film about the birth and life of the AIDS activist movement told from the perspective of the people in the trenches fighting the epidemic, is released. (2012) 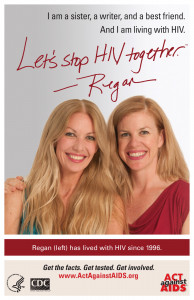 The Centers for Disease Control and Prevention (CDC) relaunches “Let’s Stop HIV Together,” a campaign aimed at reducing stigma and raising HIV awareness. (2018) 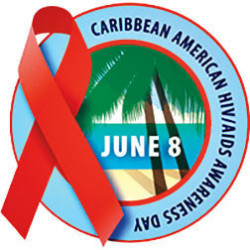 International sex workers including Carol Leigh, Andrew Hunter, Danny Cockerline and others protest during the AIDS conference in Montreal. (1989)

Shawn Decker, who was kicked out of school at age 11 after testing positive for HIV in 1987 (and readmitted soon thereafter), delivers the commencement speech at Waynesboro High School. (2007)

The U.S. Congress enacts the National Institutes of Health (NIH) Revitalization Act, which gives the Office of AIDS Research primary oversight of all NIH AIDS research. The act also requires NIH and other research agencies to expand involvement of women and minorities in all research. (1993)

Leaders of the Group of Eight (G8) Summit (Canada, France, Germany, Italy, Japan, Russia, the United Kingdom and the United States) call for the establishment of the Global HIV Vaccine Enterprise, a consortium of government and private-sector groups, to coordinate and accelerate research efforts to find an effective HIV vaccine. (2004)

The revival of Angels in America on Broadway wins three Tony Awards, including Best Revival of a Play. (2018)

Actor Ray Sharkey, known for his role in the 1980 film The Idolmaker, dies of AIDS-related complications at age 40 in Brooklyn. (1993)

PBS NewsHour launches The End of AIDS: Far From Over, a five-part series on the major challenges remaining in the global fight against the HIV/AIDS epidemic. (2018)

People living with AIDS (PLWAs) take over the plenary stage at the Second National AIDS Forum in Denver and issue a statement declaring the rights and responsibilities of PLWAs. The statement becomes known as “The Denver Principles.” (1983) 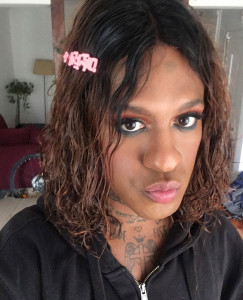 The Iowa Supreme Court overturns the conviction of Nick Rhoades, who faced a 25-year prison sentence for not disclosing his HIV status during a sexual encounter with another man during which they used a condom. (2014)

ACT UP joins holistic health advocates for a Health Freedom Rally near the Capitol Building in Washington, DC. (1992)

Activist Hydeia Broadbent is born with HIV. She begins speaking about living with HIV/AIDS at age 6. (1984)

Where Did The Love Go? campaign launched by Visual AIDS. (2007)

The U.S. Centers for Disease Control and Prevention issues the first guidelines for preventing Pneumocystis carinii pneumonia (PCP), an AIDS-related opportunistic infection and a major cause of illness and death for people living with AIDS. (1989)

Six members of the Presidential Advisory Council on HIV/AIDS, including three who are living with HIV, resign from the organization, citing concerns about how the Trump administration is failing to address the epidemic. (2017) 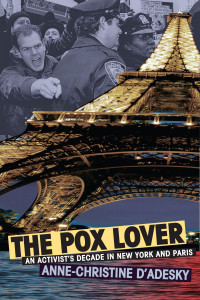 The Pox Lover: An Activist’s Decade in New York and Paris, a personal history of the turbulent 1990s by pioneering American AIDS journalist and lesbian activist Anne-christine d’Adesky, is released. (2017) 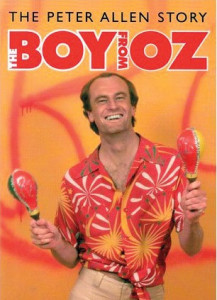 Singer Peter Allen dies of AIDS-related complications. In 2003, Hugh Jackman stars as Allen in the biographical musical The Boy From Oz on Broadway. (1992) 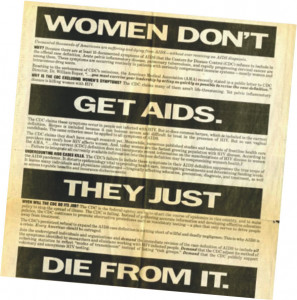 ACT UP runs a full-page ad in The New York Times that reads “Women Don’t Get AIDS. They Just Die From It” in large type. The smaller text details the U.S. Centers for Disease Control and Prevention’s refusal to expand the definition of AIDS to include diseases that affect women. (1991)

AIDS activists demonstrate at the Sixth International Conference on AIDS in San Francisco to highlight the demands of the HIV/AIDS community and to protest the new ban on travel to the United States by people with HIV. (1990) 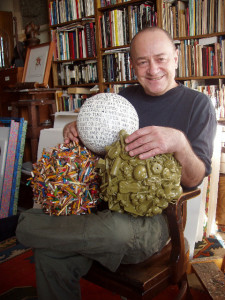 ACT UP’s four-day, 24/7 protest at Memorial Sloan-Kettering Hospital, demands more clinical trials of drugs other than AZT and more PWAs in the trials. (1987)

ACT UP meets with homeless people at a Tent City in City Hall Park, built to protest the city’s policy on the homeless, and gives out information on AIDS and distributes condoms. (1988)

Impulse NYC, a group of gay men dedicated to promoting healthier sexual lifestyles, launches “Awareness and the City,” a parody of the opening credits of Sex and the City to promote safer-sex options, such as pre-exposure prophylaxis (PrEP) and condoms. (2018)

Philosopher Michel Foucault is the first public figure in France to die of AIDS-related complications. Following his death, his partner, Daniel Defert, founds the charity AIDES in his memory. (1984) 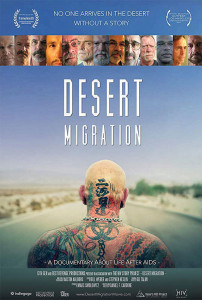 Desert Migration, a film about a group of long-term survivors living in Palm Springs, California, premieres at the Frameline Film Festival in San Francisco. (2015)

U.S. Congress enacts the Americans with Disabilities Act, which prohibits discrimination against individuals with disabilities, including people living with HIV/AIDS. (1990) 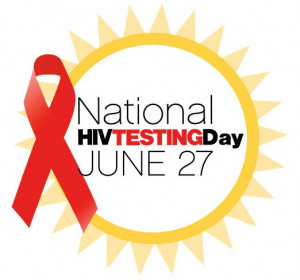 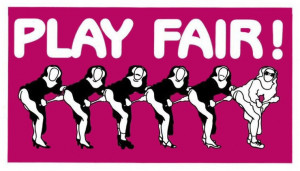 The San Francisco Order of the Sisters of Perpetual Indulgence publishes Play Fair!, the first pamphlet on safer sex for gay men, and distributes 16,000 copies at the International Lesbian & Gay Freedom Day Parade. (1982)

The NAMES Project displays the first 40 panels of The AIDS Quilt from the Mayor’s balcony at San Francisco City Hall. (1987) 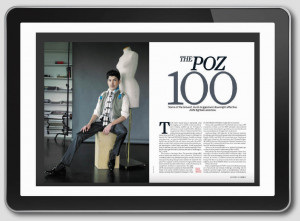 A digital version of POZ becomes available for the first time so readers can view the magazine online just as it appears in print. (2010)

The World Health Organization certifies Cuba as the first nation to eliminate mother-to-child transmission of both HIV and syphilis. (2015)

Ryan White is denied admittance to his middle school after AIDS diagnosis at age 13. (1985) 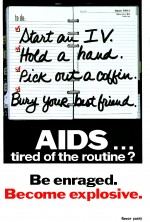 This poster was made for the fierce pussy mobile (1994), and later wheatpasted on the streets of New York City. Using a borrowed art-moving truck, the group wheatpasted the truck with large-scale posters, and enlisted friends to drive the truck around NYC during Pride weekend of Stonewall 25—the 25th anniversary of the Stonewall rebellion. The fierce pussy mobile was a do-it-yourself moving billboard. The posters were produced on color Xerox machines after hours at our day jobs at magazines. At the end of the weekend, the truck was taken to the car wash, posters removed and the truck was returned to the art mover. 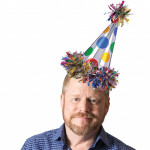 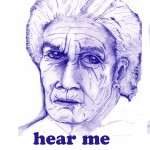 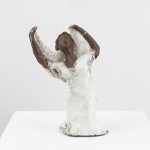 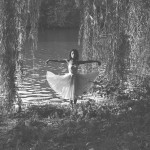