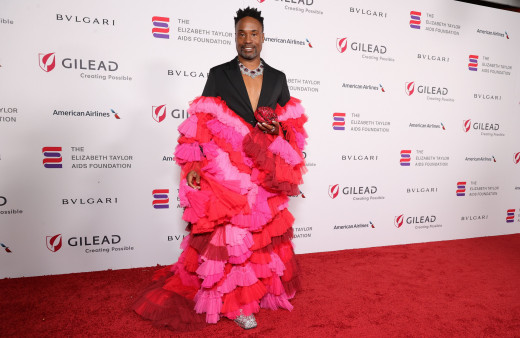 Actor and singer Billy Porter was honored at an Elizabeth Taylor AIDS fundraiser; his memoir “Unprotected,” arrives next month.

For Billy Porter, disclosing his HIV status to the world has come with positive side effects. “There is a shame component with being Black, with being queer, with having HIV that is silencing and destructive,” the Emmy-nominated Pose actor told People magazine as he was honored at The Elizabeth Taylor Ball to End AIDS gala held September 17. “I am no more silenced, I am no more shamed and I’m ready for whatever comes next.”

In a May interview with The Hollywood Reporter and a related video, Porter announced he had been living with HIV since 2007 but had kept it a secret all these years. Shortly afterward, he told The Tonight Show host Jimmy Fallon, “I lived with the shame of it for a really long time, and [with the public disclosure], I released that shame, I released that trauma and I am a free man, honey! Free! I’ve never felt joy like this before.”

Porter has much more to disclose. His memoir, Unprotected, will be available October 19 from Abrams Press. Here is how the publisher describes the book:

It’s easy to be yourself when who and what you are is in vogue. But growing up Black and gay in America has never been easy. Before Billy Porter was slaying red carpets and giving an iconic Emmy-winning performance in the celebrated TV show Pose; before he was the groundbreaking Tony- and Grammy Award–winning star of Broadway’s Kinky Boots; and before he was an acclaimed recording artist, actor, playwright, director, and all-around legend, Porter was a young boy in Pittsburgh who was seen as different, who didn’t fit in. At five  years old, Porter was sent to therapy to “fix” his effeminacy. He was endlessly bullied at school, sexually abused by his stepfather, and criticized at his church. Porter came of age in a world where simply being himself was a constant struggle.

Billy Porter’s Unprotected is the life story of a singular artist and survivor in his own words. It is the story of a boy whose talent and courage opened doors for him, but only a crack. It is the story of a teenager discovering himself, learning his voice and his craft amidst deep trauma. And it is the story of a young man whose unbreakable determination led him through countless hard times to where he is now; a proud icon who refuses to back down or hide. Porter is a multitalented, multifaceted treasure at the top of his game, and Unprotected is a resonant, inspirational story of trauma and healing, shot through with his singular voice. 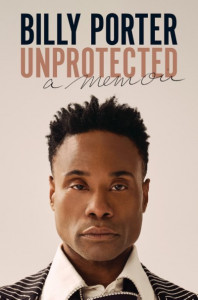 Billy Porter’s memoir is out October 19, 2021Courtesy of Abrams Press

Porter told People that the iconic Elizabeth Taylor “taught us all how to love unconditionally in the middle of one of the darkest times in American history. It is a profound and humbling honor to be here and to be recognized and to have my voice and my name mentioned in the same breath as the other honorees this evening. It’s profound, and it’s emotional.”

During his speech at the fundraiser, Porter told the audience: “I came out in 1985. It was at the beginning of the AIDS crisis. We’ve been fighting for our lives ever since, and I am proud to stand here, but I will say that in 2007, I had a secret—a secret that was so shameful that I held it in for 14 years. I had all the information, I was supposed to know better and I got this anyway. But let me explain to you that shame, shame, my darling, shame is a silent killer. And I ain’t going out like that. Make no mistake. There is a war going on. We are at war for not only the soul of our nation but the soul of humanity itself. I am honored, and I am humbled to be in the presence of all you warriors, and I promise to be a warrior in the fight to end AIDS for as long as I have breath in my body.”

The evening’s other honorees were Anthony Fauci, MD, director of the National Institute of Allergy and Infectious Diseases; Sandra Thurman, National AIDS Policy director with the White House; and amfAR, The Foundation for AIDS Research. The event was sponsored by Gilead Sciences and Bulgari.

In related news, Porter has made headlines for his eye-catching, gender-defying fashion, such as the 2019 Oscars red-carpet look that channeled a ballroom legend. To read more about Pose and New York’s ball scene, see “10s Across the Board!” and “Holding Court at the 28th Annual Latex Ball.” 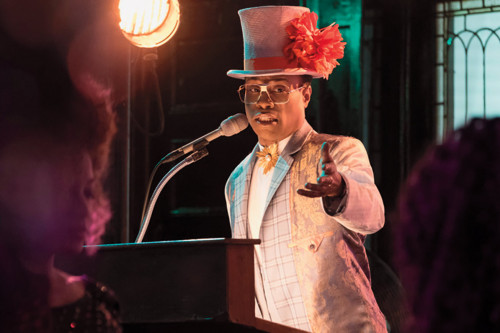 After three seasons, Pose aired its heartbreaking finale this summer. It was one of the few recent TV shows to feature HIV plotlines. In fact, a GLAAD study from earlier this year found a “drastic decrease” in HIV-positive characters. For more, read “Of the 773 Regular Characters on TV, Guess How Many Have HIV.”