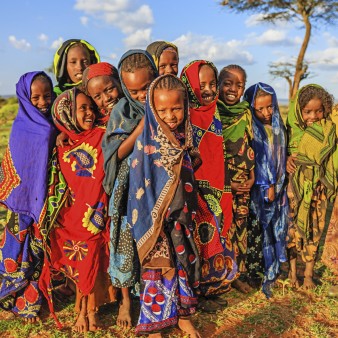 Children May Hold Secrets to a Cure

Study shows that some HIV-positive African children are not on treatment, but are still living with near-normal immune systems.

Scientists have identified a group of 170 HIV-positive African children who are not on treatment and have a replicating virus but still have an immune system functioning at a near-normal level. Studying these children may aid researchers in gaining insights that would help craft effective HIV cure strategies.

The children were considered pediatric nonprogressors, meaning they had never been on HIV treatment, contracted the virus from their mothers, were age 5 or older and had a CD4 count higher than 750. They had a median viral load of 26,000.

The researchers compared this group with 105 children considered pediatric progressors, meaning they met the same qualifications as the nonprogressors except that they had a CD4 count lower than 500. This group had a median viral load of 57,500.

Compared with the progressors, the nonprogressors had “strikingly low” immune activation, which is considered the major cause of HIV disease (rather than the replication of the virus). In the study, greater levels of immune activation were linked with lower CD4 counts or percentages.

Compared with the progressors, the nonprogressors also had lower levels of the CCR5 coreceptor, a protein on the surface of CD4 cells onto which most HIV latches in order to infect the immune cells.

“The research group is perhaps uniquely poised to glean an understanding of how some children can live in harmony with HIV without disease,” says Sandra K. Burchett, MD, MSc, an associate professor of pediatrics at Harvard Medical School, who was not involved with the study. “This work, when studied further, may well provide a path to develop better cure strategies for children infected with HIV as infants.”