3 — The U.S. Food and Drug Administration (FDA) approves the Amplicor HIV-1 Monitor Test, which measures viral load, or the amount of HIV in the blood. (1996) 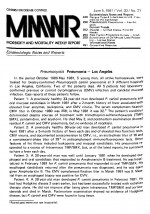 The U.S. Centers for Disease Control and Prevention (CDC) reports the first cases of a rare pneumonia—later determined to be AIDS related—in young gay men in the Morbidity and Mortality Weekly Report. (1981)

6 — United in Anger: A History of ACT UP, a documentary film about the birth and life of the AIDS activist movement told from the perspective of the people in the trenches fighting the epidemic, is released. (2012)

10 — Leaders of the Group of Eight (G8) Summit (Canada, France, Germany, Italy, Japan, Russia, the United Kingdom and the United States) call for the establishment of the Global HIV Vaccine Enterprise, a consortium of government and private-sector groups, to coordinate and accelerate research efforts to find an effective HIV vaccine. (2004)

12 — People living with AIDS (PLWAs) take over the plenary stage at the Second National AIDS Forum in Denver and issue a statement declaring the rights and responsibilities of PLWAs. The statement becomes known as “The Denver Principles.” (1983) 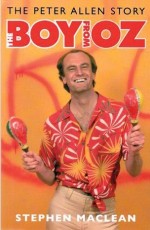 18 — Singer Peter Allen dies of AIDS-related complications. In 2003, Hugh Jackman stars as Allen in the biographical musical The Boy From Oz on Broadway. (1992)

The NAMES Project displays the first 40 panels of The AIDS Memorial Quilt from the mayor’s balcony at San Francisco City Hall. (1987)

30— The World Health Organization certifies Cuba as the first nation to eliminate mother-to-child transmission of both HIV and syphilis. (2015)