A study of Gilead Sciences’ “Quad” fixed-dose combination tablet containing the experimental integrase inhibitor elvitegravir and boosting agent cobicistat, along with tenofovir and emtricitabine, has met its primary objective—“non-inferiority” compared with the popular protease inhibitor–based regimen of Norvir (ritonavir)-boosted Reyataz (atazanavir) plus Truvada (tenofovir and emtricitabine)—according to data presented Thursday, March 8, at the 19th Conference on Retroviruses and Opportunistic Infections (CROI) in Seattle.

Study 103 is one of two Phase III clinical trials comparing the Quad to with a standard HIV treatment regimen in people living with HIV starting therapy for the first time. Results from Study 102, which compared the Quad to with Atripla (efavirenz plus tenofovir and emtricitabine), were also reported at CROI.

Though the primary goals of the studies is to compare rates of undetectable viral loads after 48 weeks of therapy, both trials plan to follow patients participants on their assigned treatment regimens for at least three and a half years.

The difference in the rates of undetectable viral loads at week 48 was not statistically significant and within 12 percent of each other, hence the Quad regimen was concluded to be “non-inferior” to Norvir-boosted Reyataz plus Truvada.

Thus far, five 5 percent of patients in both groups have experienced virologic failure—either an inability to get their viral loads undetectable or a rebound in viral load following an undetectable reading—while on their respective regimens.

Patients in both arms experienced similar increases in CD4 cell counts (a mean increase of 207 cells/mm3 for Quad and 211 cells/ mm3 for ATV/r plus Truvada). The virologic failure rate was 5 percent for both treatment regimens based on a component of the FDA snapshot analysis.
Common side effects, with no significant differences between the two groups, includined included diarrhea, nausea, headache, fatigue and upper respiratory tract infections. Ocular icterus—yellowing of the eyes; associated with increased bilirubin levels levels—was more common in the Reyataz group (14 percent) compared with those in the Quad group (1 percent).

As for laboratory abnormalities, the only statistically significant differences including included higher bilirubin and triglyceride levels, and both of those occurred in the Reyataz group. Increases in creatinine levels—a marker of kidney function—increased in both groups (0.12 milligrams per deciliter [mg/dL] in the Quad group and 0.08 mg/dL in the Reyataz group), but this difference was not statistically significant.

DeJesus and his colleagues also conducted bone mineral density comparisons, which showed decreases in hip measurements and an increase (Quad) and decrease (Reyataz) in spine measurements. The noted differences, however, were not statistically significant.

“Quad demonstrated non-inferior efficacy and was well tolerated at 48 weeks in this Phase III blinded, active-controlled study in treatment-naïve HIV-infected subjects,” DeJesus and his colleagues concluded. “These data support the use of Quad as a potential new single-tablet regimen option for initial HIV treatment,” he added, alluding to the anticipated FDA approval of the drug at the end of August 2012. 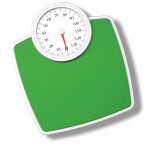