A mid-stage trial showed the combo suppressed HIV, was well tolerated and resulted in a low rate of virologic failure.

Two researchers presented findings from the Phase IIb study comparing the two-drug regimen of islatravir plus Pifeltro to the three-drug regimen Delstrigo (doravirine/tenofovir disoproxil fumarate/lamivudine) at the International AIDS Conference (AIDS 2020), which is being held virtually this week.

The randomized, double-blind trial enrolled 121 people with HIV who had not previously taken treatment for the virus and had no known resistance to ARVs.

More than 9 out of 10 of the participants were men, and three out of four were white. The median age was 28. About one in four had a viral load higher than 100,000 when they entered the study.

The study had two parts. In part one, the participants were randomized to receive islatravir at either 0.25 milligrams, 0.75 mg or 2.25 mg plus 100 mg of Pifeltro and 300 mg of lamivudine or to receive Delstrigo. Twenty-four weeks later, in part two, those who received islatravir and who had an undetectable viral load (below 50) stopped taking lamivudine and kept taking the remaining two-drug regimen of islatravir plus Pifeltro for another 24 weeks.

Findings presented at the 2019 International AIDS Society Conference on HIV Science in Mexico City indicated that 90% of those who took 0.75 mg of islatravir—the dose that will continue on to Phase III trials—had a fully suppressed viral load at the trial’s 48-week mark, compared with 84% of those on the three-drug regimen. These rates were considered comparable.

People with virologic failure had to stop the study and return to a standard ARV regimen.

The viral load in all these people, once suppressed by treatment, remained under 100, which is below the threshold of 200 that would make such a viral load “clinically significant” according to the study’s authors.

After those who experienced virologic failure switched to another regimen, three continued to have a low-level detectable viral load during the 42 weeks they were followed.

A separate recent study published in Clinical Infectious Diseases found that maintaining a low-level detectable viral load—between 50 and 999—was associated with worse health outcomes as well as a higher risk of death.

At AIDS 2020, DeJesus presented the safety findings about the islatravir plus Pifeltro versus Delstrigo regimens.

Both regimens proved safe and well tolerated. Side effect rates were similar between the two main study groups. 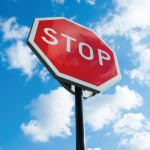 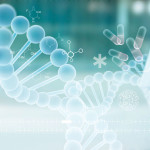