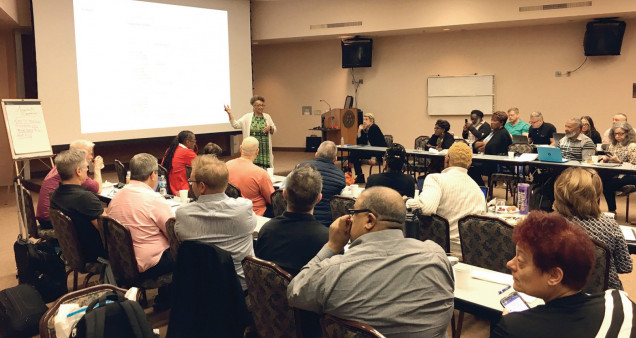 A roundtable of long-term survivors Courtesy of The Reunion Project

This call to action and a related report are the results of a Reunion Project forum.

A new report from The Reunion Project calls for the creation of a national coalition of long-term HIV survivors in order to promote and advance issues facing this population. According to a press release about the report, the coalition would help advance issues in four areas: research, programs, community building and advocacy.

“A strong coalition of survivors with a single voice and clear message is desperately needed to advance the needs of survivors,” the report states, “as we continue to battle the long-term effects of medications, isolation, post-traumatic stress disorder, stigma, aging and comorbidities, to name a few.” 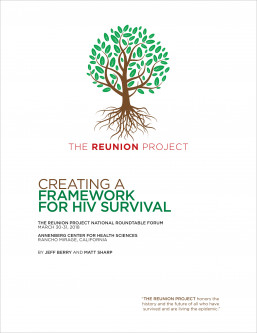 The cover of the reportCourtesy of The Reunion Project

Titled “Creating a Framework for HIV Survival,” the report is authored by Jeff Berry and Matt Sharp and was released on Tuesday, June 5, to coincide with HIV Long-Term Survivors Awareness Day (HLTSAD).

The report and call to action are the results of a first-time National Roundtable Forum, a meeting that brought together long-term HIV survivors from across the country in late March.

“The main objective of the Roundtable Forum was to come to a consensus regarding a Coalition of Survivorship and to begin a process to build a sustainable and powerful movement,” the report states.

In addition to discussing other topics, the group participants agreed that the definition of “long-term survivor” was less important than self-determination of survival by an individual.

The main meeting produced four key actionable items, including the report itself, a database for an HIV survivorship coalition, a timeline project and an abstract on long-term survivors to be submitted to the 2018 United States Conference on AIDS (USCA, to be held September 6 to 9 in Orlando, Florida). Participants also volunteered to help plan a reception for long-term survivors at USCA.

“The needs and priorities of survivors of HIV are many and varied, but there is strength in diversity and in coming together to share our stories,” the report states. “Woven through these heroic stories of survival is a common thread of pain, trauma, healing and overcoming challenges and obstacles while working toward a common goal.”

In related POZ articles, read an excerpt from Matt Sharp’s report “The Unintended Consequences of AIDS Survival” and a Q&A with Sharp titled “Learning to Live.”