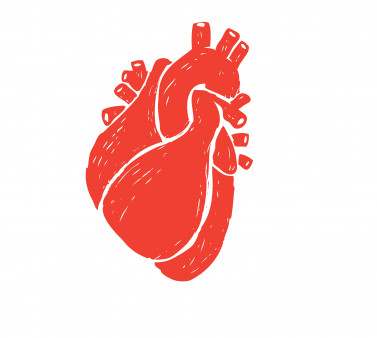 Switching from TDF to TAF was associated with a less favorable blood fat profile.

People who switched from an antiretroviral regimen that included tenofovir disoproxil fumarate (TDF) to one containing its molecular cousin tenofovir alafenamide (TAF) saw their blood lipid levels rise, which could raise the risk of cardiovascular disease, according to a study published in Clinical Drug Investigation.

Heart disease among people living with HIV is a growing problem as the population ages, and evidence suggests that current methods for predicting who might experience a heart attack or stroke miss many HIV-positive people. Elevated lipids, including cholesterol and triglycerides, is one risk factor for cardiovascular disease.

TDF is sold individually as Viread and is a component of Truvada and the single-tablet regimens Atripla, Complera, Delstrigo, Stribild and Symfi. TAF, meanwhile, is a component of Descovy and the all-in-one combinations Biktarvy, Genvoya, Odefsey and Symtuza. TDF can cause kidney problems and bone loss in susceptible individuals, but it is also linked to weight loss and more favorable lipid levels. (Click here to learn more about the difference between TDF and TAF.)

Laurence Brunet, PhD, of Epividian, and colleagues looked back at lipid levels and statin use among 6,423 people in the OPERA (Observational Pharmacoepidemiology Research and Analysis) cohort between 2015 and 2018. The OPERA cohort is made up of people living with HIV who receive care at clinics in 18 states and territories. The study was funded by Merck, a competitor of Gilead Sciences, which makes TDF and TAF.

The median age was about 48 years. While the study population was racially diverse, more than 80% were men. Most had an undetectable viral load, and the median CD4 cell count was high, at 635.

All participants switched from an antiretroviral regimen containing TDF to one containing TAF. After the switch, 19% of those on TAF were taking a protease inhibitor as an anchor drug, and 61% were on a boosting agent as well.

Once people switched, total cholesterol rose by 10 milligrams per deciliter (from 174 to 184), low-density lipoprotein (LDL, or “bad cholesterol”) rose by 7 mg/dL (from 97 to 104) and triglycerides rose by 12 mg/dL (from 127 to 139). High-density lipoprotein (HDL, or “good cholesterol”) also rose, but only slightly, from a median of 45 to 46 mg/dL. When the researchers looked only at the people who switched to TAF without changing their anchor drug, the results were roughly the same, and all the changes were statistically significant.

That meant that rates of high cholesterol or severe high cholesterol also increased. The study report didn’t discuss whether these changes translated to an increase in actual heart disease events. The report also didn’t include data on lipid changes among OPERA cohort members who stayed on their regimens, as a control group.

But ASCVD scores did rise. And among those at high risk according to these scores, statin use rose from 31% to 41%. Research hasn’t yet confirmed whether lipid-lowering statin medications reduce the risk of cardiovascular events among people with HIV. That’s what the REPRIEVE trial is for.

However, “this represents considerable missed opportunities” for cardiovascular disease prevention, as 59% of those with elevated ASCVD risk scores were not prescribed statins at any point," the study authors wrote.

Click here for more news about cardiovascular disease and HIV and well-being for people living with HIV.