The legendary AIDS activist was also an accomplished author.

Readers of POZ likely know Larry Kramer, who died May 27 at age 84, as an iconic AIDS activist, an anger-fueled loudmouth and long-term survivor who cofounded Gay Men’s Health Crisis (GMHC) in 1982 and the protest group AIDS Coalition to Unleash Power (ACT UP) in 1987, leading the fight for effective HIV treatment that has saved untold millions of lives.

He was also a writer. Kramer penned essays, speeches, screeds, scripts, plays and novels. He got his start in the movies, working as a story editor for Columbia Pictures in London through most of the 1960s, after graduating from Yale with a degree in English. His first big success was writing and coproducing the 1969 film Women in Love, adapted from the 1920 D. H. Lawrence novel about two couples exploring relationships, commitment, art, love and, in one still-memorable scene, male nude wrestling. Kramer’s script was nominated for an Oscar.

His Hollywood earnings allowed him the freedom to focus his work on a less lucrative and far more controversial topic that became his lifelong obsession: homosexuality, specifically the history, persecution, criticism and celebration of a rarified niche of gay men. His 1978 debut novel, Faggots, a satirical look at hedonistic homos in New York, was deemed by many as sex negative and moralistic.

Faggots made Kramer a pariah among the city’s gay community, but he redeemed himself a few years later when AIDS struck. Not only did Faggots seem prescient—he had already been warning gay men to stop fucking themselves to death—but Kramer himself became a leading voice and face of those fighting the epidemic.

His play The Normal Heart (1985), a raw retelling of his experiences in the early days of AIDS, became a hit and continues to be staged (an all-star film version directed by Ryan Murphy aired on HBO in 2014). His Pulitzer-nominated play, The Destiny of Me (1992), follows Normal Heart’s protagonist, Ned Weeks (Kramer’s alter ego), as he undergoes an experimental AIDS treatment and looks back on his life—beaten and berated by his father for being a sissy and constantly at odds with society for being gay.

For decades, Kramer worked on his nearly 1,700-page opus, a two-volume satirical novel, The American People, that reimagines U.S. history and HIV and in which seemingly every leader is closeted or out to exterminate gay people or both (Alexander Hamilton and George Washington were lovers?). Volume 2 was published in January. 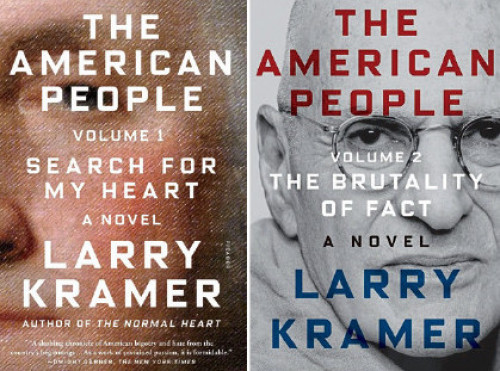 Since the 1980s, Kramer kept his name—and the issues important to him—in the headlines, often through his writing. For example, his 1983 cover story for the LGBT newspaper The New York Native, titled “1,112 and Counting,” sounded the alarm about the coming plague. His nonfiction from that period is collected in Reports from the Holocaust: The Story of an AIDS Activist (1989, revised in 1994). In 1997, he interviewed conservative gay journalist Andrew Sullivan for POZ. In 2004, Kramer gave a speech after George W. Bush won reelection by attacking LGBT people and the coming specter of same-sex marriage; his screed was published as The Tragedy of Today’s Gays. And two years ago, he authored an opinion piece in The New York Times: “For Gays, the Worst Is Yet to Come. Again.”

It’s no surprise that about two months before his death from pneumonia, Kramer told the Times he was working on a new play, An Army of Lovers Must Not Die, about gay people facing three plagues: HIV, aging and COVID-19. 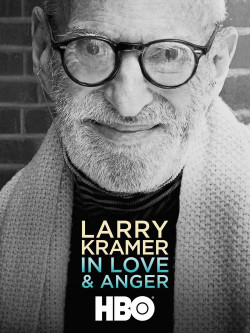 In Front of the Camera

In the past decade, several documentaries have captured the early days of AIDS activism. Notably, How to Survive a Plague and United in Anger offer insight into the New York–centric world of protest group ACT UP. But filmmaker Jean Carlomusto trained her lens on the life of the man who fathered AIDS activism. Larry Kramer in Love & Anger debuted on HBO in June 2015 and can be streamed today.