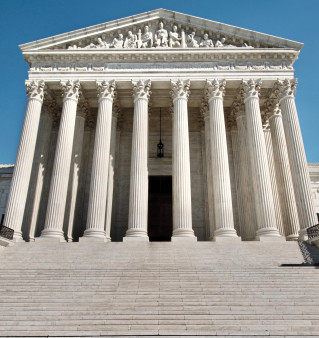 Each June, the Supreme Court issues opinions on the various cases it heard the previous eight months (occasionally, a few decisions are announced earlier or later). This year, several of those opinions affect the HIV community. Here’s a rundown:

As the Supreme Court handed down these opinions, the Trump administration issued a new health care rule stating that antidiscrimination regulations under the Affordable Care Act (ACA, or Obamacare) do not cover gender identity and sex stereotyping. While this clearly targets transgender people, the rule could mean that LGBT people and those living with HIV could potentially be refused services or discriminated against through unfair insurance policies.

The new rule doesn’t change existing law—it simply offers the White House’s interpretation of the ACA. Still, as LGBT and HIV advocacy group Lambda Legal points out, “This is enough to cause confusion and hurt our communities. This rule change serves no other purpose than to target and discriminate against LGBTQ people. The cruelty is the point.” A coalition of LGBT groups is suing the Trump administration over the issue; that lawsuit is Whitman-Walker Clinic v. HHS.